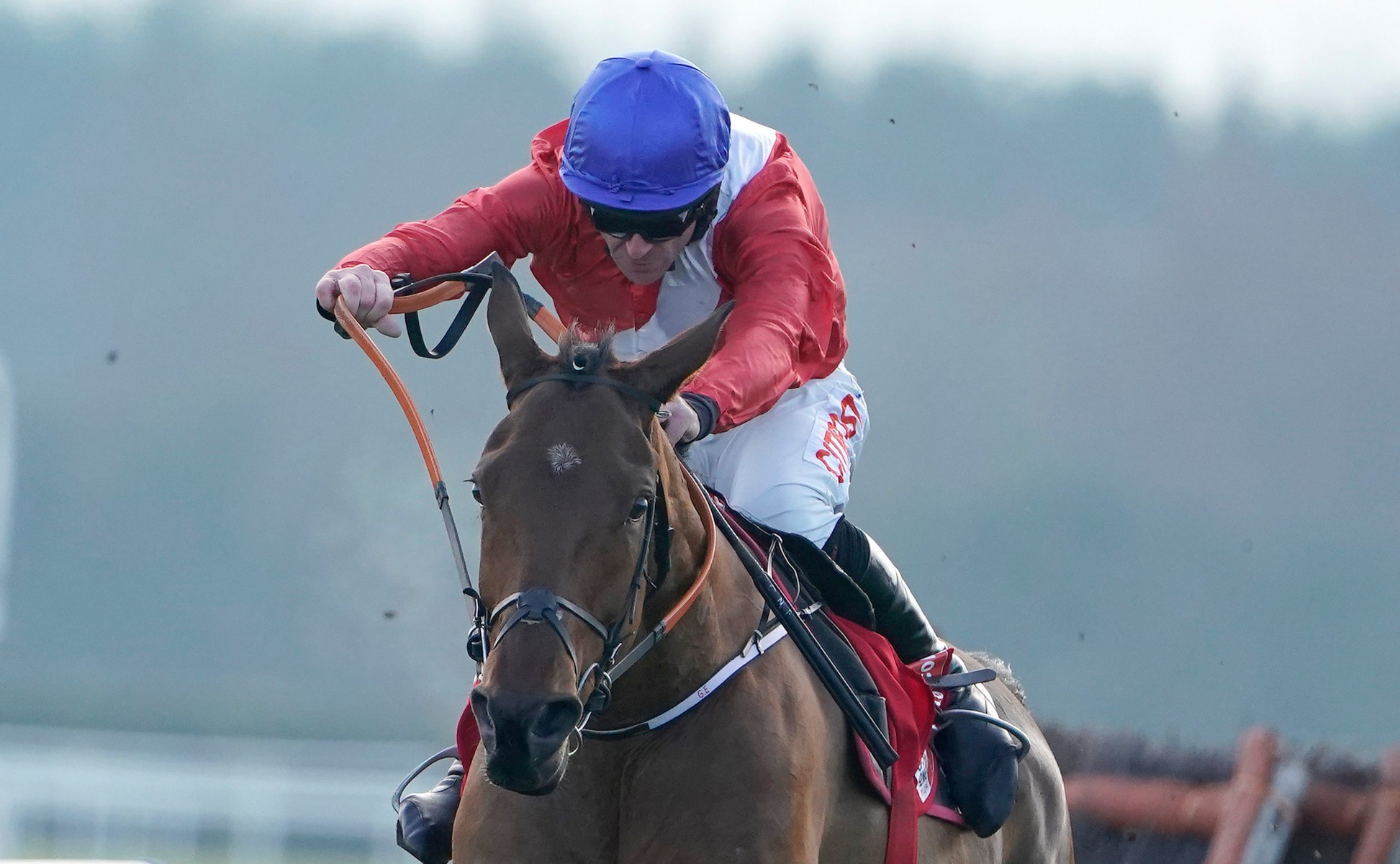 ENVOI ALLEN was cut into favourite for both the Supreme and Ballymore at Cheltenham after a smart win in the Royal Bond at Fairyhouse.

Gordon Elliott’s hurdler maintained his unbeaten record as he saw off stablemate Abacadabras to win.

On the run to the last, Abacadabras emerged as the chief threat to Envoi Allen – and Elliott had stated prior to the race that of the two Abacadabras might be the quicker horse.

However, Envoi Allen got away from the last much quicker and the 8-11 favourite stretched clear to win by a length and a half.

Gavin Cromwell’s Darver Star was two and a half lengths away in third.

The winner was given a quote of 8-1 for the Champion Hurdle while bookies make him 2-1 for the Ballymore and 5-2 for the Supreme.

Elliott said: “That’s a relief, but they are two very good horses. We like Abacadabras a lot, and we think Envoi Allen is the real thing.

“The one thing that could beat him is a slow pace, and we had to do all our own donkey work. His jumping was class, apart from the last.

“He could step up in trip, but I’ll have to talk to Davy and the owners, and we’ll make out mind up. He’ll be entered in everything and could run next at Christmas or Naas (Grade 1 Lawlor’s Novice Hurdle).”

Later on the card an electric round of jumping saw Fakir D’oudairies win the Drinmore Novice Chase – where Samcro capsized at the second last when still upsides.

Mark Walsh had no qualms in setting off in front on Joseph O’Brien’s Fakir D’oudairies.

While Samcro did not jump with the same calibre, he moved up ominously on the approach to the second last – with Jack Kennedy sat motionless, while Walsh was just beginning to ask for more.

Samcro did not appear to make much of a mistake at the fence but he sprawled on landing, giving Kennedy no chance and leaving the 6-4 favourite free to come home alone.

O’Brien said: “Mark gave him a lovely ride. He took it up down the back, and he jumped from fence to fence. He really attacked his fences.

“It’s a pity Samcro didn’t stand up – because it was looking like it was going to be a great race – but I’m delighted with our horse.

“He has a fantastic aptitude for racing, and every day he’s enthusiastic about his work and schooling. He’s a proper racehorse, and we are very lucky to have him.

“He has plenty of options, and we could go over two miles at Leopardstown or two and a half at Limerick. He probably will stay further in time.”