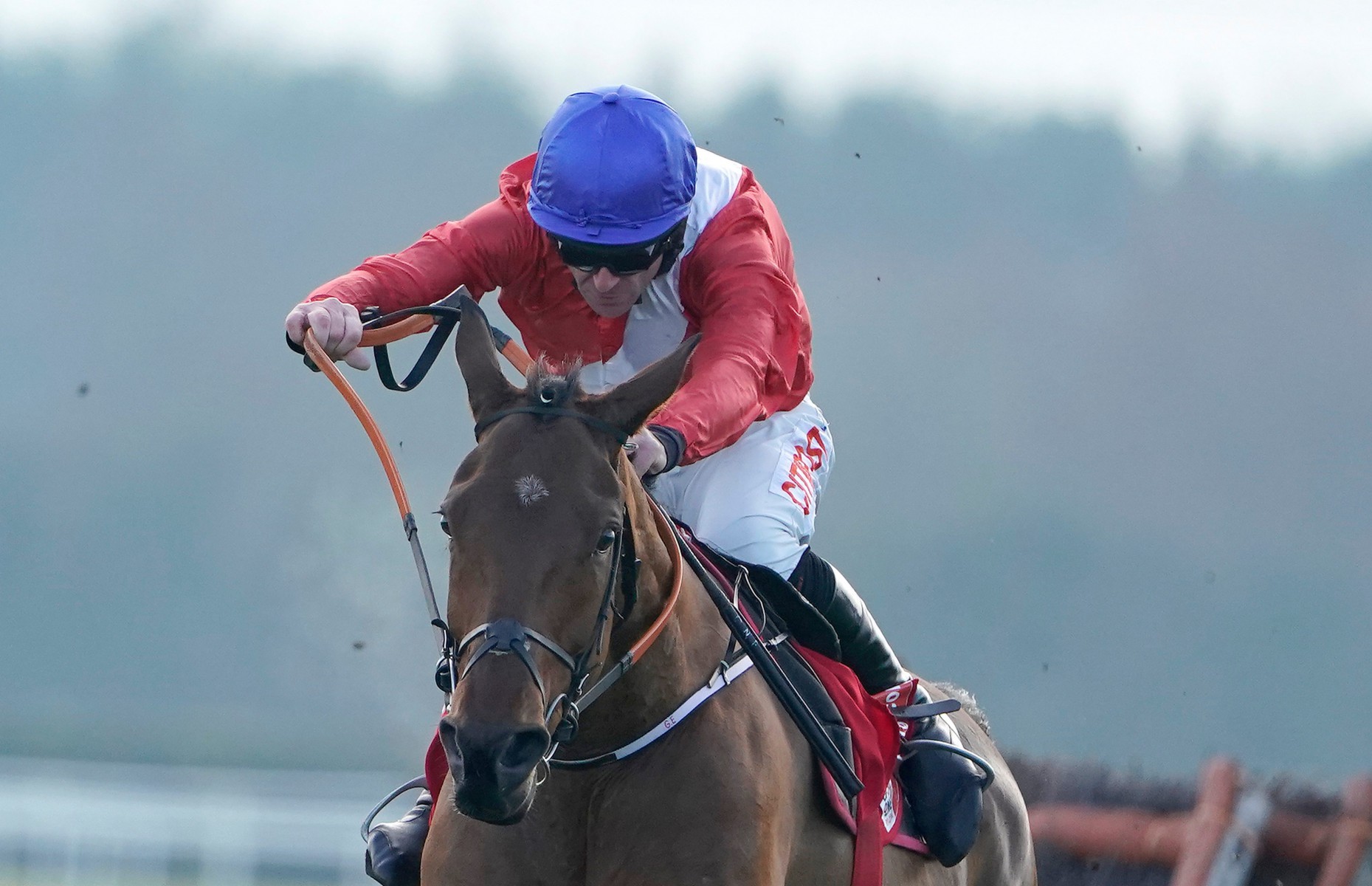 ENVOI ALLEN (1-4f) proved he’s the real deal with an emphatic victory in the Grade 1 Lawlors Of Naas Novice Hurdle.

Davy Russell never had to get serious on Gordon Elliott’s star, who saw off long-time leader Elixir D’ainay (8-1) in style.

In a contest run at a fierce tempo the eye was always drawn to Gordon Elliott’s unbeaten six-year-old, travelling oh so strongly in the famous red and white of Cheveley Park Stud.

Eyeballing long-time leader Elixir D’ainay as the field approached the second-last, the pair went clear of the rest – with Envoi Allen quickly galloping into a four length lead.

Despite looking a little novicey after the last, the seven-time winner had matters in hand and took his career tally to eight from eight in impressive fashion.

Elixir D’ainay stuck on for second, withLonghouse Poet (10-1) back in third.

A thrilled Gordon Elliott said: “We never really expected him to win by more than a couple of lengths because that’s just what he does.

“We haven’t killed him in his work since the last day and he had a good blow after the race, which to me is a good sign.

“It looked a really good race and we’ll give him an easy week now.

Gordon Elliott gives his verdict on Envoi Allen. Watch the full interview in our report on the race on https://t.co/A8az1MHRCF later today.

“It wouldn’t be a shock now if he went straight to to then Festival. He’ll have three entries – the Ballymore, Supreme and Champion Hurdle.”

The winner was shortened to a general 11-8 from 13-8 for the Ballymore Novices’ Hurdle at Cheltenham in March.

Advertisement. Scroll to continue reading.
In this article:Cheltenham, Naas