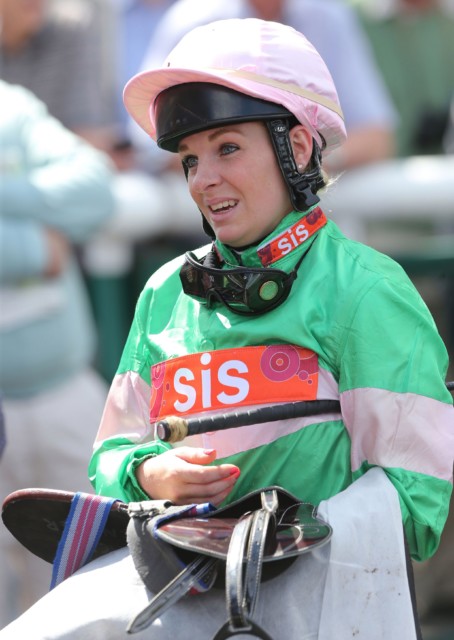 FORMER jockey Lucy Barry has revealed her eating disorder and depression struggles – as she became the fourth rider this month to quit.

Barry, who retired after riding 8-1 chance Hawthorn Cottage to victory at Warwick on Wednesday, had previously been in hospital after developing stomach problems as a result of constant dieting.

The 29-year-old has called time on her career and opened up about the difficulties she faced trying to make weight.

She said: “I started riding when I was 16. I started out on the Flat and I really struggled with my weight.

“I was apprentice to Clive Cox. I was flying at the start but struggled with my weight.

“I went to Australia for a year and came back and started on the Flat – it affected my mental health and my physical health more than anything, trying to keep my weight down.”

Barry, who rode 37 winners during her career, added to the Racing Post: “I ended up on a slippery slope of eating disorders and depression.

“I wasn’t race-riding for three years and only came back because I didn’t know what else to do. I still wasn’t the lightest and it never took off again.

“I ended up in hospital with stomach problems because I wasn’t eating and trying to keep my weight down so much. I wasn’t healthy.”

Day, 27, had more than 100 winners but said he wasn’t enjoying racing anymore and since spending time away from the sport had enjoyed being ‘in the real world’.

Fellow ex-jockey Racheal Kneller was forced to retire after doctors told her that her head trauma could be ‘permanent’.

In an emotional statement, she said: “I’m devastated to make this decision, but I won’t be returning to a racecourse.

“The symptoms causing me to fail a concussion test needed for racing, have sadly not improved.

Kneller has been forced to retire as a result of injury

“My specialist said I won’t race this year, with no certainty that I will have made any further improvements next year either.

“I need to accept that the effects of my head trauma in 2020 may well be permanent now.”

Grant Cockburn, who earlier this year rode an 80-1 winner, also announced his retirement this month.

The 28-year-old has packed it all in to become a landscape gardener.