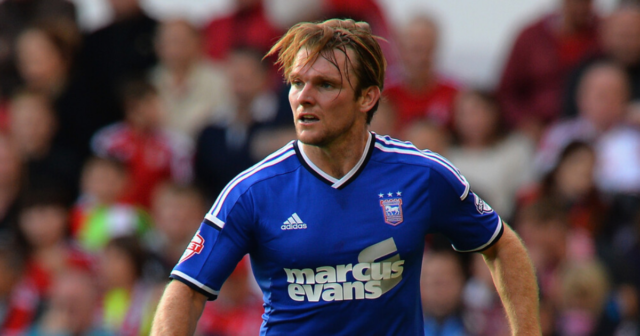 FORMER Premier League star Jay Tabb will make his debut as a jockey this weekend.

The ex-Reading ace will ride in a charity race at Wincanton on Sunday, raising money for Racing Welfare.

Since retiring in 2016, Tabb has been on a remarkable journey.

The midfielder has worked as a builder with his old man, played semi-pro rugby, got his handicap down to 5 and caddied on the Ladies’ European Tour and has now qualified from the Northern Racing College in Doncaster.

Tabb, 37, now works for top jumps trainer Philip Hobbs in the West Country after he picked up the racing bug watching it on the box while on trips away as a footballer.

The 5’8 former midfielder has shed the pounds in order to ride horses every day.

He previously told SE: “My heart was always set on horses and racing.

“The max weight limit is 11st in your riding hat, boots and body protector.

“I was just under 13st after Christmas but I’m now at 10st 8lbs thanks to the gym and intermittent fasting of only eating between midday and 8pm. The weight has dropped off but it’s been a real challenge, but it’s good to be strict on yourself.

“And I’d never ridden a horse before so to get a head start I booked some lessons and learned to ride on Wimbledon Common.

“I haven’t fallen off yet, but I will soon! It’s very dangerous, you only need to look at the falls that jockeys take.

“And there’s a big difference between riding a village stable horse and a thoroughbred race horse.”

Twelve horses and amateur jockeys will head to the post for the Fitzdares Racing Welfare Charity Flat Race at Wincanton.

Tabb told the Racing Post: “I’m not expecting to win but I want to go out and enjoy it and hopefully not show myself up.

“Riding on a horse on a racecourse in the racing silks is a real privilege and I’m really lucky and grateful I get to do it. Horses are so unpredictable, I’ll be happy if we get to the start and can jump off nicely.”

Did you miss our previous article…
https://www.sportingexcitement.com/horse-racing/jockey-suffers-broken-ribs-and-fractured-back-after-being-unconscious-from-brutal-fall-at-plumpton