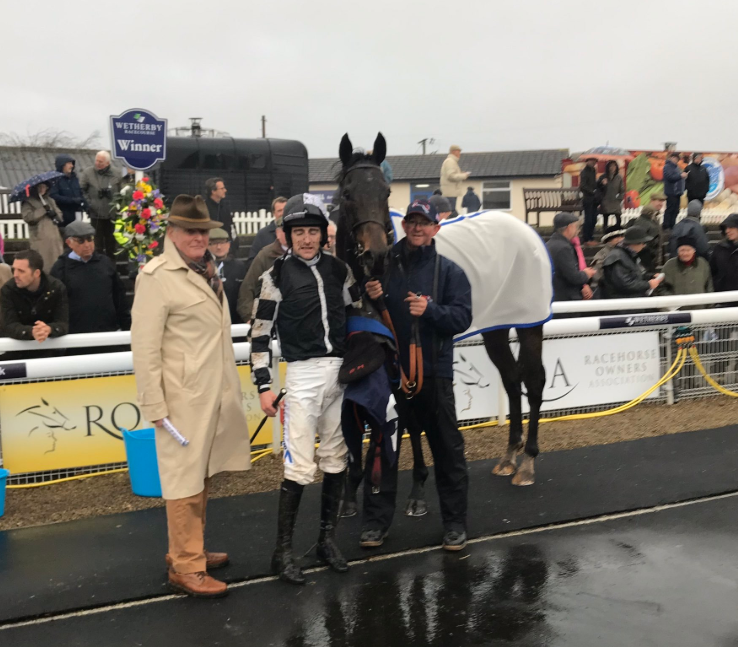 RIBBLE Valley will put his burgeoning reputation on the line at Ascot on Friday.

Nicky Richards’ exciting young hurdler is 2-2 over timber and is set to tackle the Grade 2 Sky Bet Supreme Trial.

The strapping six-year-old has recorded bloodless victories at Hexham and Wetherby so far this winter.

His success at the latter had Richards purring, as he lowered the colours of some smart southern raiders with the minimum of fuss.

He will have to step up again if he is to maintain his winning run, but his trainer has never hidden the regard in which he holds the horse.

Richards told Sun Racing: “He is in good shape and all set to go. I know there is a bit of rain about but I would say he will run.

“The ground was testing at Hexham when he won and it was horrible ground at Wetherby.

“I’d say he will definitely be a better horse on better ground, but he seems to handle all types of ground.

“It’s a step up but we will let him do the talking on Friday. He would go anywhere and any way round this horse, right-handed or left-handed, he is very straightforward.

“He will travel down sometime Thursday and stay overnight. We are looking forward it.”

In-form Richards, who saddled a 54-1 four-timer at Carlisle on Sunday, also confirmed that Simply Ned is on course for a return to Ireland over Christmas.

The popular veteran will be chasing a hat-trick of wins in the Grade 1 Paddy Power Chase at Leopardstown on 27 December.

Richards continued: “Everything has gone to plan with the old horse.

“He is a good nick and we know he loves it there, so hopefully all goes well between now and the 27th.”