Exclusive Nicky Richards Stable Tour: Get the lowdown on the Richards team as the jumps season hots up
Advertisement 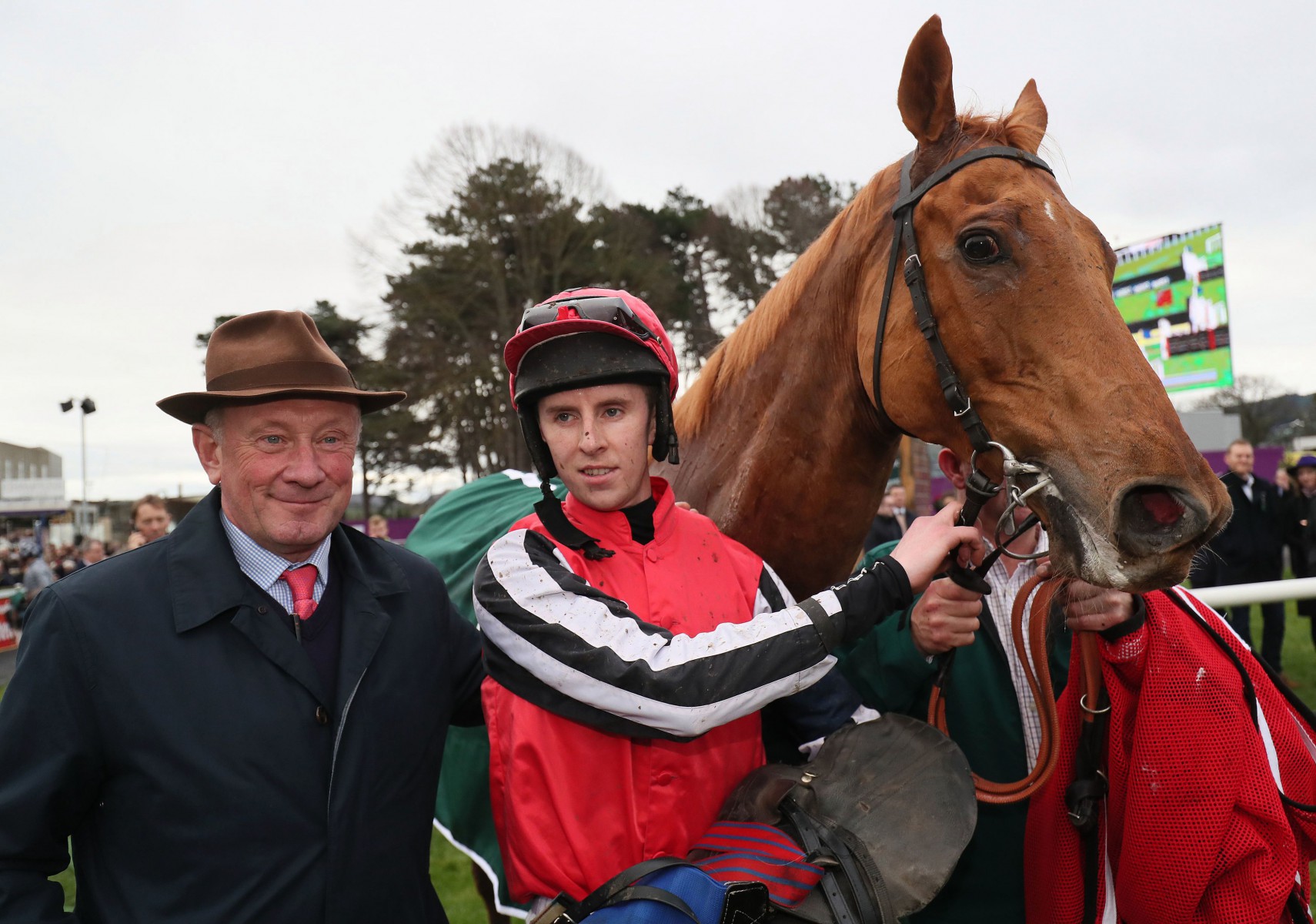 NICKY Richards has built up one of the most powerful stables in the north over the last couple of decades.

The master of Greystoke opened his doors to Sun Racing this week and ran through some of his top performers in an exclusive stable tour.

He has been a grand horse for us. Ever since he has been chasing he has been a revelation. When he was hurdling we never dreamt where he would end up but that’s the beauty of this game.

He ran a good race in the Shloer at Cheltenham. They went no pace in the race, and he needs a solid end-to-end gallop.

To be fair to all four of the runners, they were all swinging turning in and then it turned into a dash and that has never been his strong point.

The plan is to go straight to Leopardstown for the Grade 1 he has won the last two years. Hopefully he will be spot on.

Last year after the Caspian Caviar Gold Cup he picked up a small injury which took some time to come right.

You’ve got to stay a little bit better on the new course, which the Caviar is run over. It’s a big old loop and you’ve got a long way home up the hill which suits him.

If he doesn’t run there, we might go for the Rowland Meyrick.

He might run Saturday in the Rehearsal Chase. He has won on heavy, but I don’t know if it’s his real preferred surface. But stamina will come into play and that is his forte.

He’s not on a bad weight for the big staying handicaps and that is where we have got to run him now.

The Grand National has been discussed but I’m not sure Frank Bird who owns him is fully in love with the idea of Aintree.

He said he had the best racing day of his life at Ayr last year and he said he would love to take Takingrisks back there to try and defend his crown.

But fair play to the little horse because he stuck at it on ground which was a bit slow for him. He wants to bounce off the ground. He wasnt beaten far giving weight to some good horses.

We are going to give him a break and we might bring him back for the Lightning Chase at Donny if it dries out to good. Then hopefully we will run him in a couple of the big spring novices.

There is the one at Aintree where they usually only have about four runners for 120k. A lot of these good horses will be at the end of their seasons but he wont be tired, hell be going there a fresh little lad.

Hes one of Mr Hemmings and hes a grand horse. He ran well in his first bumper then went to Newcastle when we thought hed win, but for some reason he didnt run very well.

He looked like hed finish out with the washing but he ended up running on again for fourth.

He couldnt have started better over hurdles at Carlisle, he jumped and travelled and came through and won the race nicely.

I think the Tizzards were dumbfounded that we beat their horse, they think a lot of him.

He will make a smashing chaser, he is a big, strong, burly horse. He will run in the French Furze at Newcastle.

You’d hope he has a very bright future. We have always loved the horse. I suppose that has shown, as his starting price has been pretty tight every time he’s run!

He won his two bumpers well. The race at Cheltenham where he got beat you can completely throw that out, it was a non-event.

It’s great when you think you have a good one and they start proving you right on the track. The dream is still alive with him.

I wouldn’t advise anyone to take him on unless they’ve got a proper one.

We like him, he is a tough little lad. We want better ground for him.

He has got a good sweet action and he jumps well. Ill hopefully get a couple into him by the end of January and hopefully he is a horse we would be running in black type races. He is one for the future.

He could run at Carlisle on Sunday, his schooling has gone pretty good.

He wasnt a bad novice hurdler and he got quite a fancy rating. We like him and we think he will win his share of races.

He won his chase well last year but just had the slightest little niggle and we couldnt chance him again.

Hes back in exercise now but itll probably be the back end of January before we run him. He wants soft ground and he will be a very good horse if I can keep him right.

He won his point-to-point and then didnt run for a while. We got him to Kelso and he won nicely. The race probably fell into his lap, Sandy Thompsons horse fell when upsides him, but he is a nice horse.

He is a lovely big horse for the future but we want to wait and start him off on better ground.

We entered him at Newcastle, but it would be kinder to him and its what he wants, he wouldn’t want it heavy.