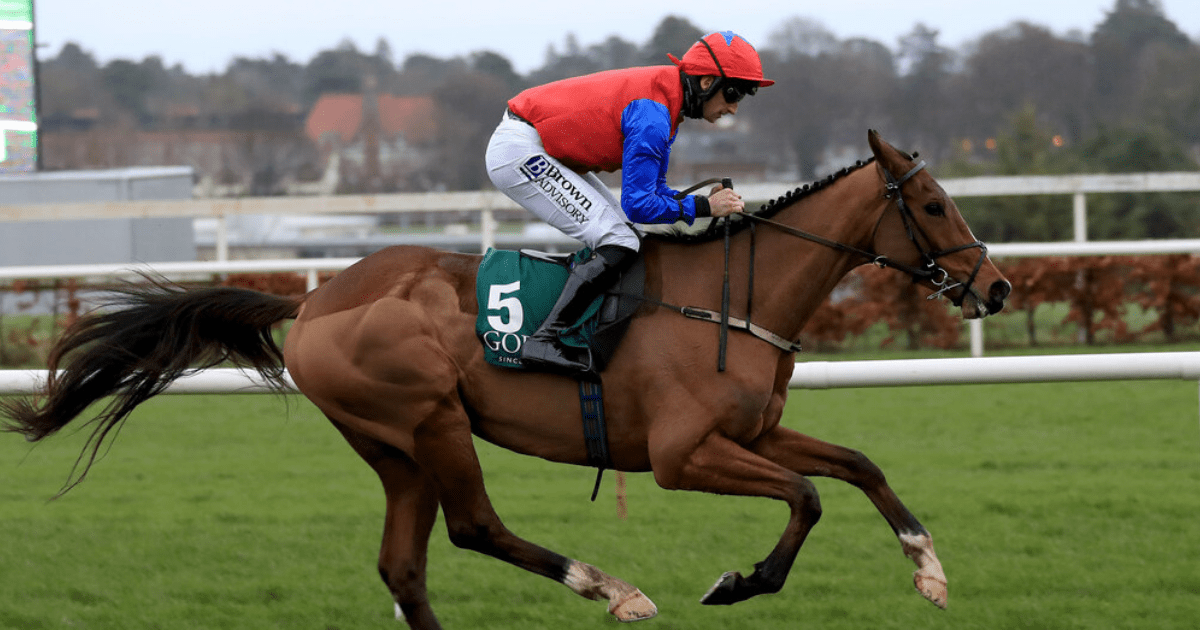 POTENTIAL superstar Facile Vega has opened a laughable 1-7 for his hurdles debut at Fairyhouse.

The Willie Mullins-trained son of wondermare Quevega is huge favourite for next March’s Supreme.

Facile Vega has swept all before him in four bumper runs so far, winning by a combined 23 lengths.

And Paul Townend, who has won just about all there is to win in racing, says seeing his name next to Facile Vega on the racecard has given him a unique jolt of excitement.

This from the man who has the pick of genius Mullins’ horses every year.

Townend exclusively told Ladbrokes: “He is obviously the horse I am really looking forward to riding this weekend.

“What can I say about him that he hasn’t said about himself already? Probably not a lot.

“I am just really excited to get him on the track.

“His schooling has been good and this looks a nice opportunity for him.

“To see him declared and my name alongside him for his first run this year is very exciting.

“He is obviously the horse I will put forward as my best ride of the day.”

Facile Vega is 2-1 for the Supreme and you can expect bookies to shorten him even further with a win in the Fingal Ravens Raceday Maiden Hurdle over 2m at 1.52pm.

Jet Powered, currently second in the ante-post market, was an 11-length winner on his hurdle debut last weekend and can be got at around 6-1.

Townend also highlighted Zarak The Brave as another of his stars of the weekend.

Townend said: “There will be a lot of winners coming out of this race but I have gone with Zarak The Brave and I think he will improve for his first run over hurdles.

Lossiemouth is an interesting one of Willie Mullins.

“Her work is good at home but I have gone for the horse with a run under his belt and the experience.”