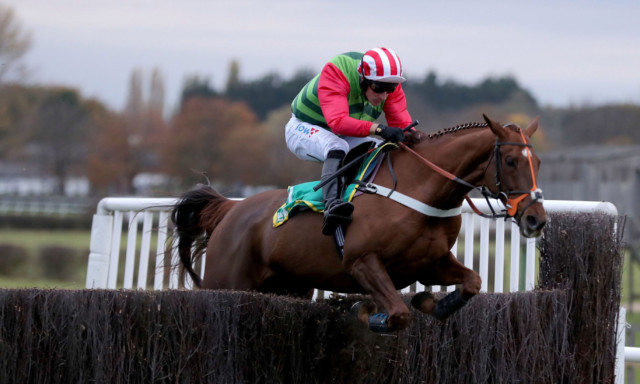 FAN favourite Defnitly Red is to be stripped of his last ever win after he failed a post-race drugs test.

The Brian Ellison-trained horse has since retired after another tilt at the Grand National.

A popular chaser based in the north, he won 15 times under rules but the most recent of those is to be taken away.

Ellison’s star last came home in front at Kelso in February 2020 and early that season won the Charlie Hall Chase at Wetherby and the Many Clouds at Aintree.

The trainer confirmed the news over the weekend, with second-placed Kauto Riko set to be promoted from second.

Ellison reported that the drug Definitly Red tested positive for an anti-inflammatory.

The handler was still in talks with the British Horseracing Authority (BHA) about the result as Ellison is convinced the horse shouldn’t have tested positive.

A vet told Ellison the horse could not run for 30 days after the drug was used. Ellison waited 39 days until he ran again.

Jockey Danny Cook partnered Definitly Red for the majority of his career.

But after a nasty fall at the end of 2020, Cook revealed he may be forced to retire due to an eye injury.

Cook has not ridden since and revealed he was even at risk of losing the sight in his right eye.

Graphic pictures showed the extent of the injury and he even featured in a real life hospital documentary.

Did you miss our previous article…
https://www.sportingexcitement.com/horse-racing/diddy-david-egan-gets-the-nod-on-mishriff-in-coral-eclipse-with-dettori-not-on-phone-to-steal-ride-this-time