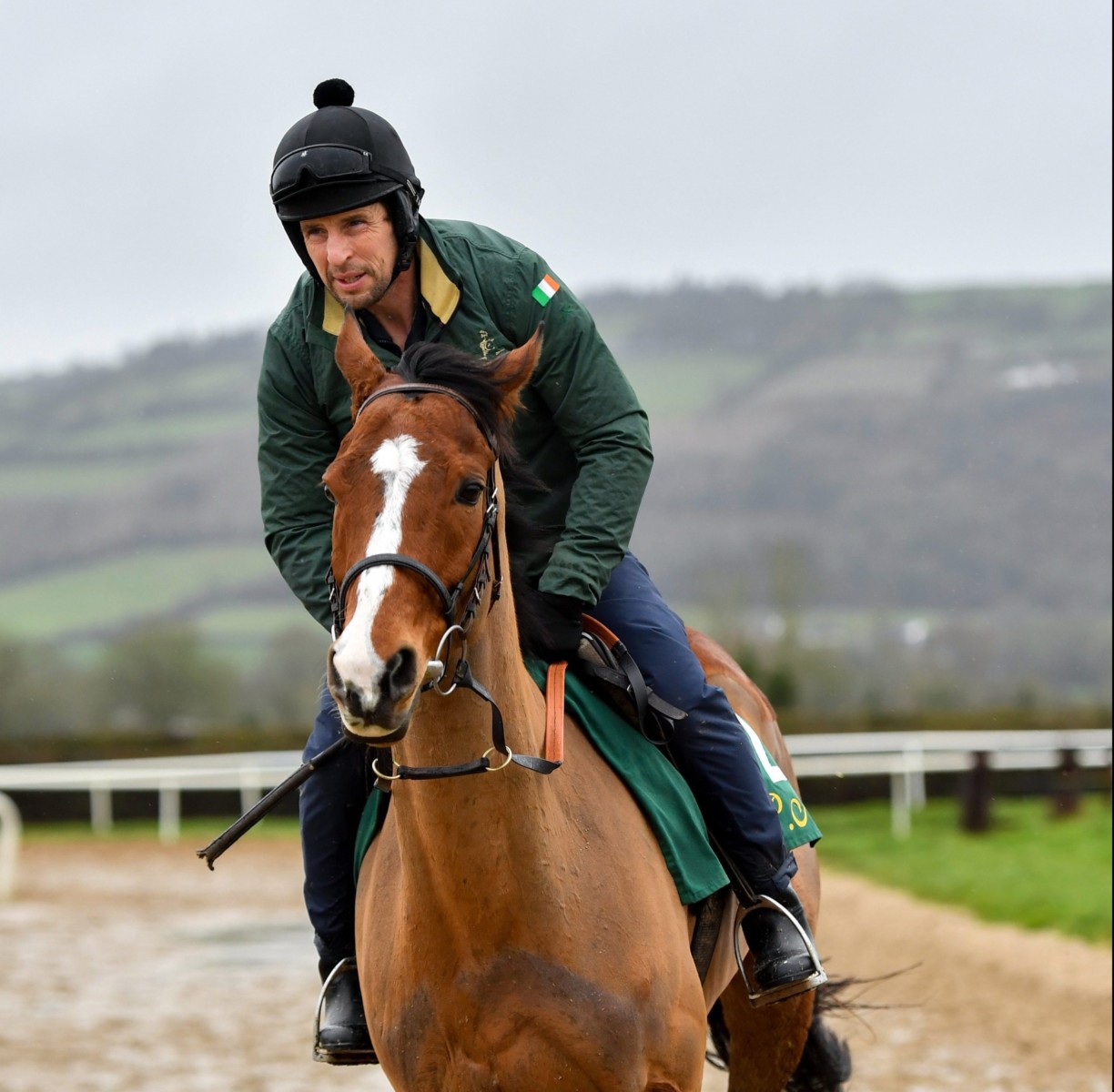 FAUGHEEN the machine is back in full-working order.

That’s the view of John Codd, the man who has cared for the 11-time Grade 1-winner ever since he set foot in Willie Mullins’ yard.

The former Champion Hurdler has staged an unlikely resurgence over fences this season at the ripe old age of 12, and he returns to Cheltenham this week chasing a third Festival win.

But it has been a rollercoaster  for Codd, 50, who spotted Faugheen’s potential from an early stage.

He said: “He arrived here about eight years ago and I’ve looked after him and ridden him in his work the whole way through.

“I’ve had two spells with Willie, I spent a summer here about ten years ago and came back to work full time around the same time Faugheen arrived.

“He won his bumper at Punchestown very easily, so I knew early on this fella was a bit special.

“I was lucky enough to start riding him straight away and I could tell he had a big engine. So I stayed quiet so I could keep him to myself!

“I wasn’t too long in the yard when he arrived and I was worried if I talked him up too much someone else would have got their hands on him.”

The pair went on to enjoy some brilliant days together, including a runaway win in the 2016 Champion Hurdle.

He said: “His Champion Hurdle win would be right up there. It was a great feeling, I’ve been very lucky to look after a few Cheltenham winners, but it is not something that comes around very often. That day was extra special.

“But the last race at Punchestown was fantastic. To see him back to his best like that — he had been written off by a lot of people.

“He has come back to himself this year and he has shown he’s still got it. The reception he got was incredible. It was quite emotional, I’ve never seen anything like it and people have really taken to him.”

There have been one or two lows, however, including a horror fall at Leopardstown in 2018, which many feared he would not walk away from.

Codd said: “The day he took his bad fall at Leopardstown was rough. When something like that happens it hits home that you could lose him at any stage.

“You should never take anything for granted.

“It was tough as well when he got injured after the Irish Champion Hurdle in 2016. He was in his prime and it took 18 months to get him back. It was a long road to get him fit and healthy again.

“But he has never lost his heart. He tries so bloody hard in every race. It’s hard on horses like him because he tries his heart out every time he goes out on the racecourse.

“Average horses don’t try half as hard, he gives everything for you and it takes a lot to get him back each time.”

Faugheen may be in the twilight of his career and taking on rivals half his age but Codd warned punters not to write him off. He said: “He has taken on a new lease of life this year and he can be difficult enough on the gallops!

“He takes a good hold and thinks he’s a five-year-old again. He is a lot stronger and fresher than he has been for a while.

“People were saying the horse should be retired rather than go chasing at his age — but he has proved everybody wrong and shown older horses still have that desire to race.

“We’ve been able to put to bed his little niggling problems.

“Cheltenham would obviously be a step up again but we couldn’t have him any better and you can never, ever write this horse off.”