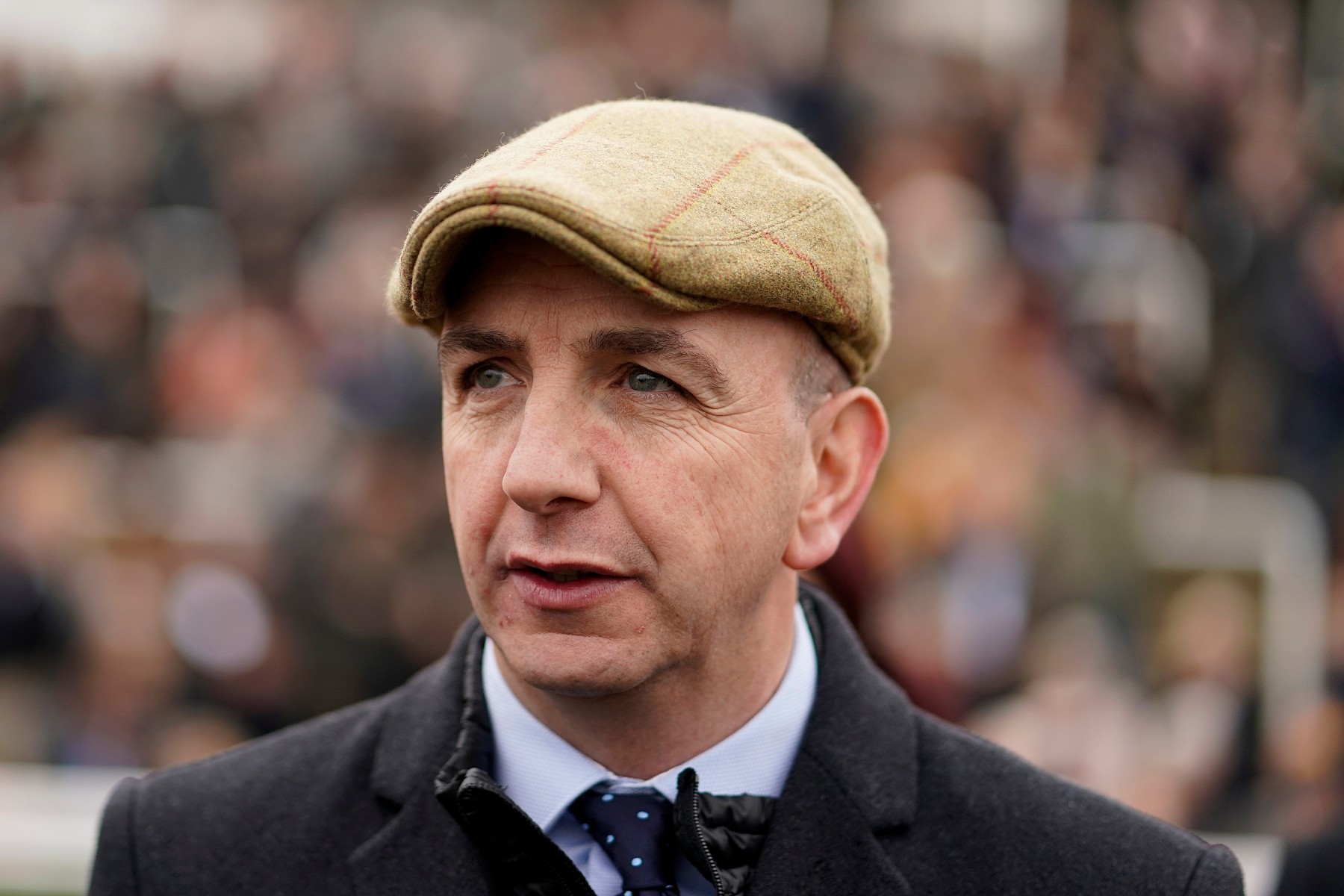 FERGAL OBRIEN is out to spoil the party in Saturdays Tolworth Hurdle.

He runs 6-1 shot Silver Hallmark in the Grade 1 at Sandown, taking on Colin Tizzard, Nicky Henderson and Paul Nicholls.

Its a big step up for his three-figure purchase but OBrien is hoping to repay the owners who gave him his first ever winner as a trainer.

OBrien said: It would be great to train a big winner for the Ruckers.

Theyve been very loyal to me and gave me my first winner under rules and have backed me from an early stage.

Weve had heaps of fun with Alvarado who was a real favourite and hopefully this horse can follow in those steps down the line.

He wasnt cheap and were excited to see him in Grade 1 company as thats where he should be.”

Silver Hallmark was last seen winning a novice at Chepstow but the Cotswolds handler had no hesitation in stepping him into top company.

He added: The form of the Chepstow race has taken a couple of knocks but weve got to concentrate on our fella as we think hes a serious prospect.

Adam Wedge will be on board I imagine. I know he could ride for Emma Lavelle too [Hang In There].

Lovely prospect Silver Hallmark turns the bumper form around with McFabulous and makes the perfect start over hurdles for @Adamkwedge and @FOBRacing at @Chepstow_Racing pic.twitter.com/bwBwMDEmkt

Even if he doesnt win we dont think it will be a bad experience for him as hes a long-term project and one we think will make into a lovely staying chaser down the line.

This is another step on that ladder but were excited to run him.

Tizzards Fiddlerontheroof heads the market at a general 2-1, with Hendersons Son Of Camas and Emma Lavelles Hang In There next in at 5-2.

Tizzard has won two of the last three runnings with Elixir De Nutz and Finians Oscar.