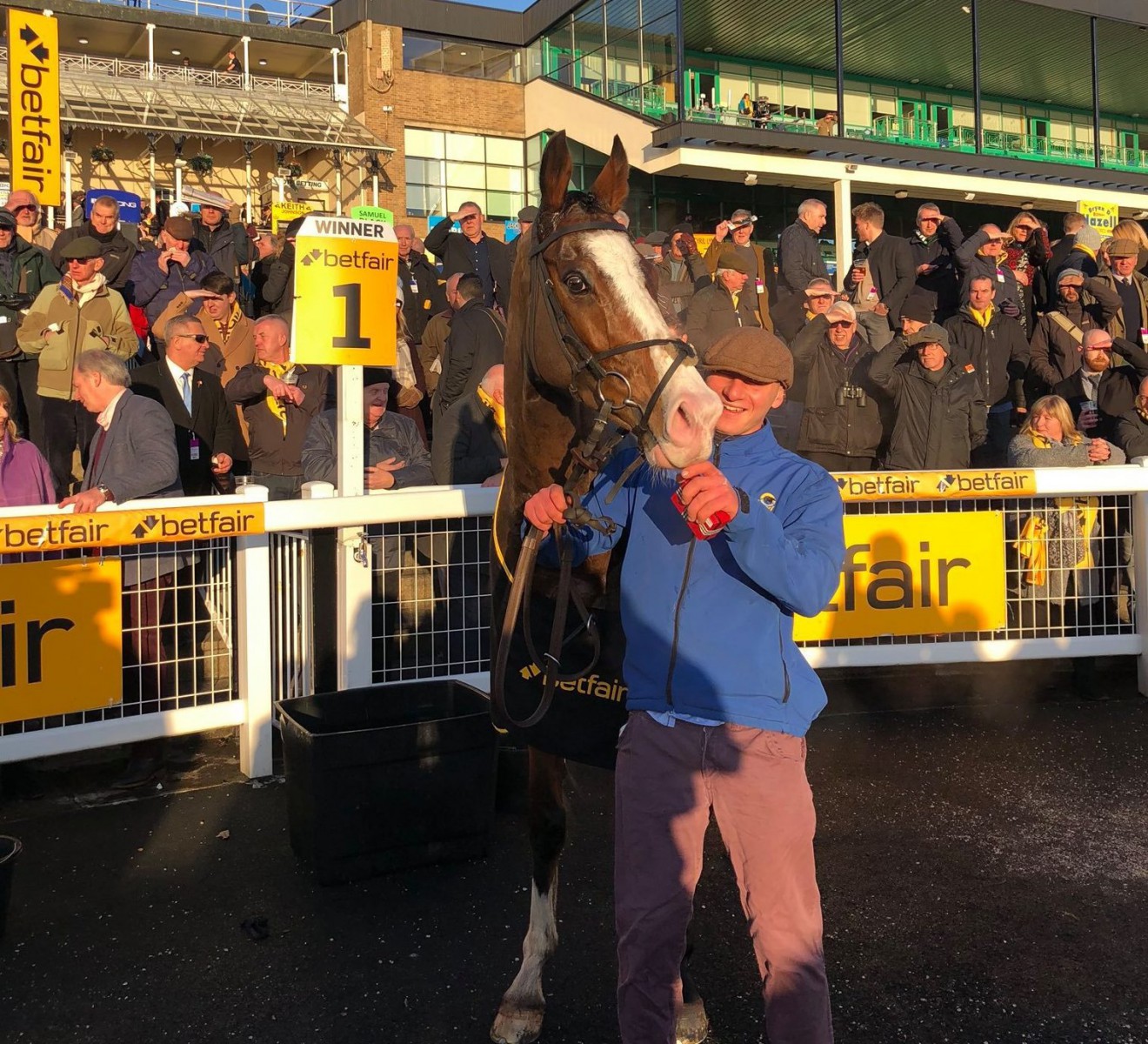 THERE was a shock in the Fighting Fifth as Micky Hammond’s Cornerstone Lad downed Buveur D’Air in a photo finish to land a blow for the north.

Henry Brooke and Barry Geraghty went hammer and tong in the closing strides but Cornerstone Lad’s head was always just in front of the former Champion Hurdler.

Sent off an unconsidered 16-1 shot, Cornerstone Lad led the Grade 1 field throughout and Geraghty left it too late on the 2-13 jolly as Brooke skipped up the home straight.

Never comfortable in chasing down the long-time leader, a horror jump two from home seemingly ended any hope the one-time champ had of cutting down the horse trained up in Middleham who two starts ago won a Flat handicap off 65.

After the race it was revealed that Buveur D’Air suffered a bad cut after the poor jump and bookies pushed Nicky Henderson’s horse out to 8-1 for the Champion Hurdle.

Silver Streak plugged on for a respectable third but never got in contention but it was the enterprising Brooke ride that stole the race and ensured a first Grade 1 for former jockey Micky Hammond.

Winning rider Henry Brooke said: “That’s the biggest win of my career by miles and I’m delighted! What a horse he is.

“We would have taken third coming into this but when you’ve got nothing to lose as an outsider like ours I thought why not lets go for it.

“I knew Buveur D’Air would be the one coming to me over the last and it was heads down from there, thankfully we held on and it’s massive for me!”

Hammond said: “Im obviously delighted we didnt come here expecting to win. I hope Buveur DAir is all right, as I saw Barry jump off him after the line.

“Buveur DAir has always been a favourite of mine and so has Cornerstone Lad. Its a great team effort by everyone at home.

Theyll be some party in Middleham tonight – well played to @MHammondRacing who does it for the north!

“To be truthful, Kate, who looks after him said a good few weeks ago, is it worth giving him an entry for the Fighting Fifth?. It was the Monday or Tuesday before he was due to go to Wetherby.

“I thought, hes probably not good enough to go to the Fighting Fifth, but well enter and if we win or run really well at Wetherby and the ground was soft/heavy at Newcastle, well consider it.

“The ground has been heavy all week, which we know he copes with. Hes got a rotivating action and is a bit ungainly at times, but he has a big heart and Im absolutely delighted for everyone involved.

“I dont know where well go now. Well enjoy the day and see how he comes out of the race.

“We could look at something like the Champion Hurdle Trial at Haydock, where its nearly always soft.”

In this article:Haydock, Newcastle, Wetherby