Five Christmas horses to follow: 12-1 tip for handicap plot and four others you won’t want to miss
Advertisement 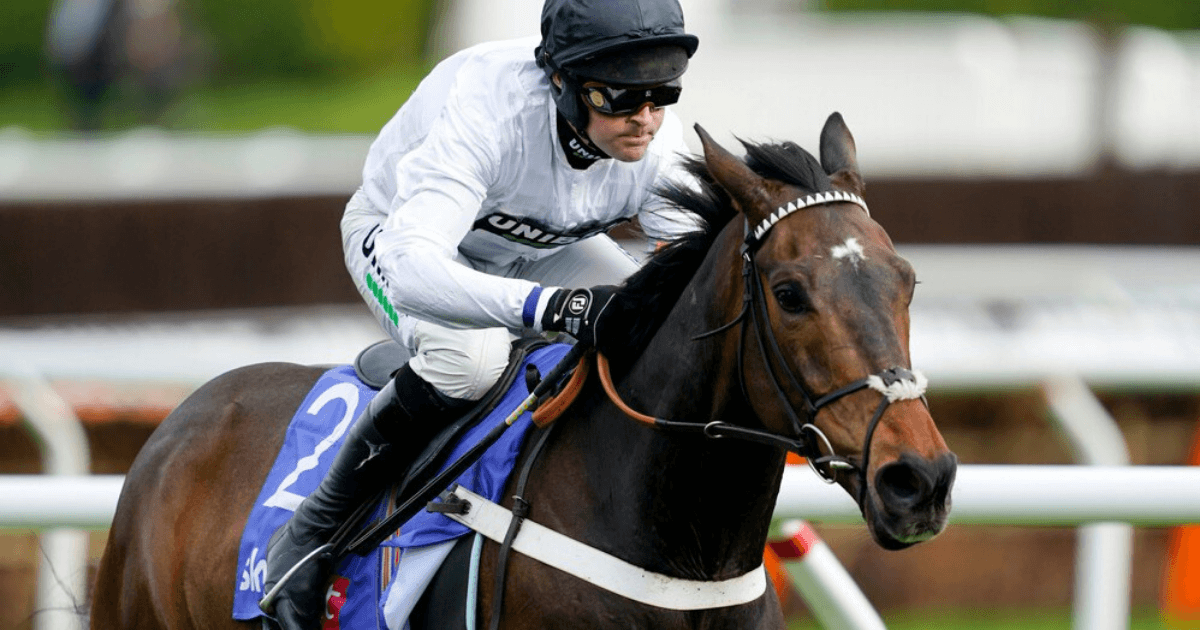 CHRISTMAS time is one of the busiest periods for racing and this year looks to be no exception.

I have selected five horses to follow over the festive period that will have racing fans purring.

This equine superstar is the horse everyone in racing just can’t stop talking about after his demolition of field in the Supreme Novices’ Hurdle at the Cheltenham Festival earlier this year.

The five-year-old gelding enhanced his status when bolting up on his seasonal return in the Grade 1 Fighting Fifth Hurdle at Newbury last month.

"At this moment in his life he's a faultless racehorse!"@MCYeeehaaa & @boyciesbetting reflect on Constitution Hill's Fighting Fifth domination… #RacingDebate pic.twitter.com/1qzfBJ3zUX

His trainer Nicky Henderson said his next target would be the Christmas Hurdle at Kempton on Boxing Day.

For many racing fans this will be a must see event as he looks to add another Grade 1 success to his lightly raced CV.

Nicholls holds the record of the most winning trainer for Kempton’s Christmas feature race with an outstanding 12 victories.

This year Bravemansgame looks to be his number one candidate.

He created a strong impression when taking the Charlie Hall Chase at Wetherby in October with this looking to be his main season target.

"He's jumped them into submission!"

The seven-year-old gelding has some useful course experience at the West London track when he beat Ahoy Senor with ease the Grade 1 Kauto Star Novices’ Chase last year.

He is currently 6-4 for the race, which might be short enough for some punters, but that price might go quickly if we get a small field.

Once again we turn to Nicholls, who looks to have a leading chance with McFabulous in the Grade 1 Kauto Star Novices’ Chase.

Nicholls has always held this horse in high regard since he was a smart bumper horse.

Last season didn’t quite go to plan and his chasing career had to be put on hold.

His first experience over fences didn’t live up to much when he was pulled up at Wincanton.

However, since then he has shown significant improvement with impressive wins at Exeter and Newbury.

Nicholls has won this spectacle on five occasions during his career and McFabulous could make him the all-time leading trainer in the race if he was to scoop this Grade 1.

This year’s renewal is set to take place on Tuesday December 27 and the Harry Fry-trained Ask Me Early looks to have been laid out for the race.

The eight-year-old gelding has an excellent record at the South Wales track winning there on three occasions over hurdles and fences.

The handicapper dropped him 1lb for that outing but his mark still looks to be fair and any rain would be welcome for him.

Panda Boy landed a touch for connections when winning a valuable handicap hurdle at this meeting at Leopardstown last year.

Panda Boy lands a hugely competitive affair at Leopardstown having been matched at 42 on @BetfairExchange.

His trainer Martin Brassil is known to be one of the shrewdest trainers in racing and the Paddy Power Chase looks to be the latest ploy for the six-year-old grey.

This season he has been campaigned in graded novice company after winning on his chase debut at Punchestown in May.

On his latest start in the Florida Pearl Novices’ Chase he was given a patient ride and looked after in the closing stages.

I think he will be spot on for this and the 12-1 available with Coral looks to be value.

PANDA BOY for the Paddy Power Chase 12-1 with Coral.

Advertisement. Scroll to continue reading.
In this article:horses, miss, tips