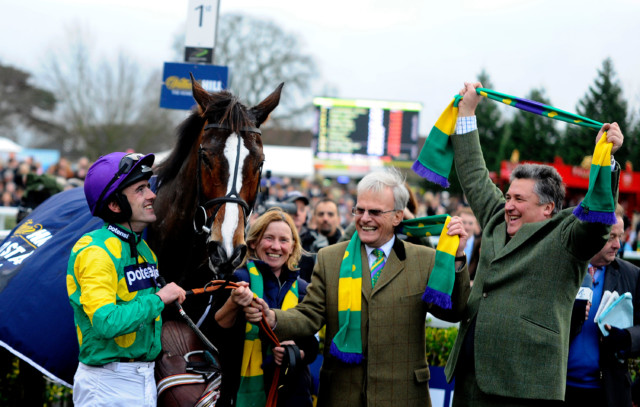 And an illustrious band of horses have also fallen in love with the race over the years. Here are five of the best from modern times.

THE 80s really were the glory years of the King George.

And they just don’t make them like Wayward Lad anymore. He triumphed in three of the Boxing Day features for Michael Dickinson.

The trainer far from wrapped him up in cotton wool in between either.

In 1985 when he won his third King George, he ran an amazing four times beforehand!

‘DESSIE’ was the true people’s horse.

David Elsworth’s dashing grey won over the hearts and minds of punters up and down Britain.

He had everything fans wanted in a horse. He went hard from the front, wore his heart on his sleeve and never ducked a fight.

Fittingly he has a race named after him at the meeting now which the likes of Altior and Put The Kettle On will do battle in this time around.

And the famous white statue sits proudly to side of the parade ring. A true Kempton legend. 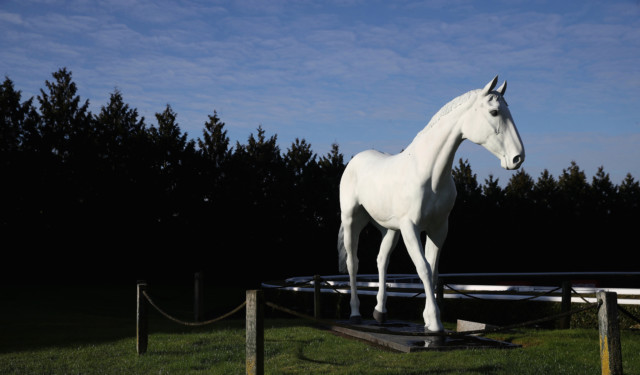 Dessie’s statue sits next to the parade ring at Kempton

GORDON Richard’s popular grey was labelled the new Dessie when he burst on to the scene.

And he took to the box-office race just as well. Unbelievably he remains the last northern-trained winner of the race.

Many will remember the horse for his up-and-down love affair with the Cheltenham Festival.

But ‘the rubber-ball’ as his trainer affectionately nicknamed him for his spring-heeled jumping, was deadly in this race.

His two wins under Mick Fitzgerald and Andrew Thornton set Nicholls on the path to a record 11 wins in the Sunbury feature.

Owned by Nicholls’s landlord Paul Barber in the famous green and white silks, he was a ‘horse of a lifetime’ for the trainer.

Had it not been for See More Business, there might not have been a Denman, Kauto Star or Clan Des Obeaux. 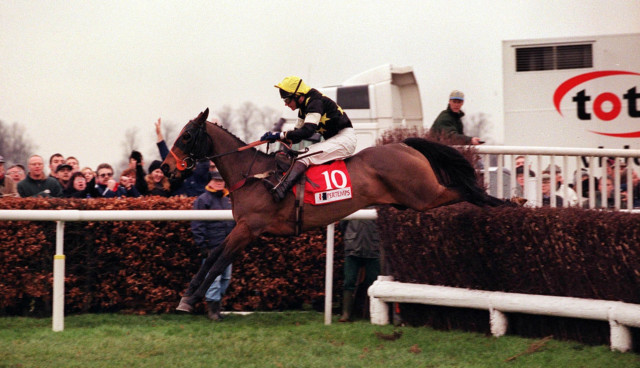 Yet another Nicholls King George great

Paul Nicholls and Kauto Star lived for the King George and Nicholls still goes all gooey-eyed at the mention of his fifth win in the race.

He remains the only winner of the Triple Crown when he won the Betfair Chase, King George and Gold Cup during the 2006/07 campaign.

But it was that magical comeback season in 2011 that lives long in the memory.

Written off as past it and too old, it was Nicholls and Ruby Walsh at their determined best as they brought the horse back from injury and layoffs to win an incredible fifth King George.

Will that record ever be passed? I doubt it. 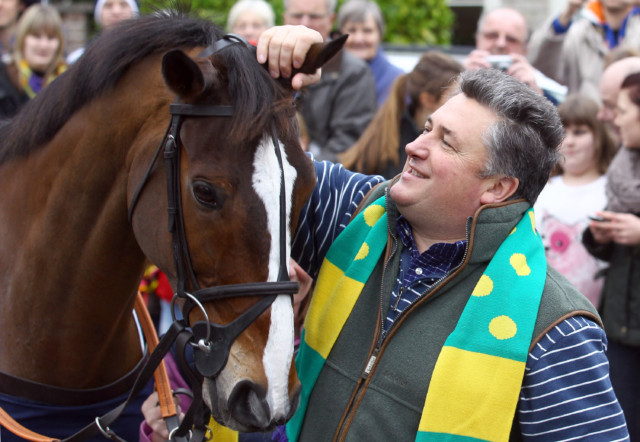 Thank you for all your votes and it was inevitable that Kauto Star would come out on top in the King George VI Chase. pic.twitter.com/SLslhsboyf