Five of the best: Remembering the most exciting King Georges in recent history
Advertisement 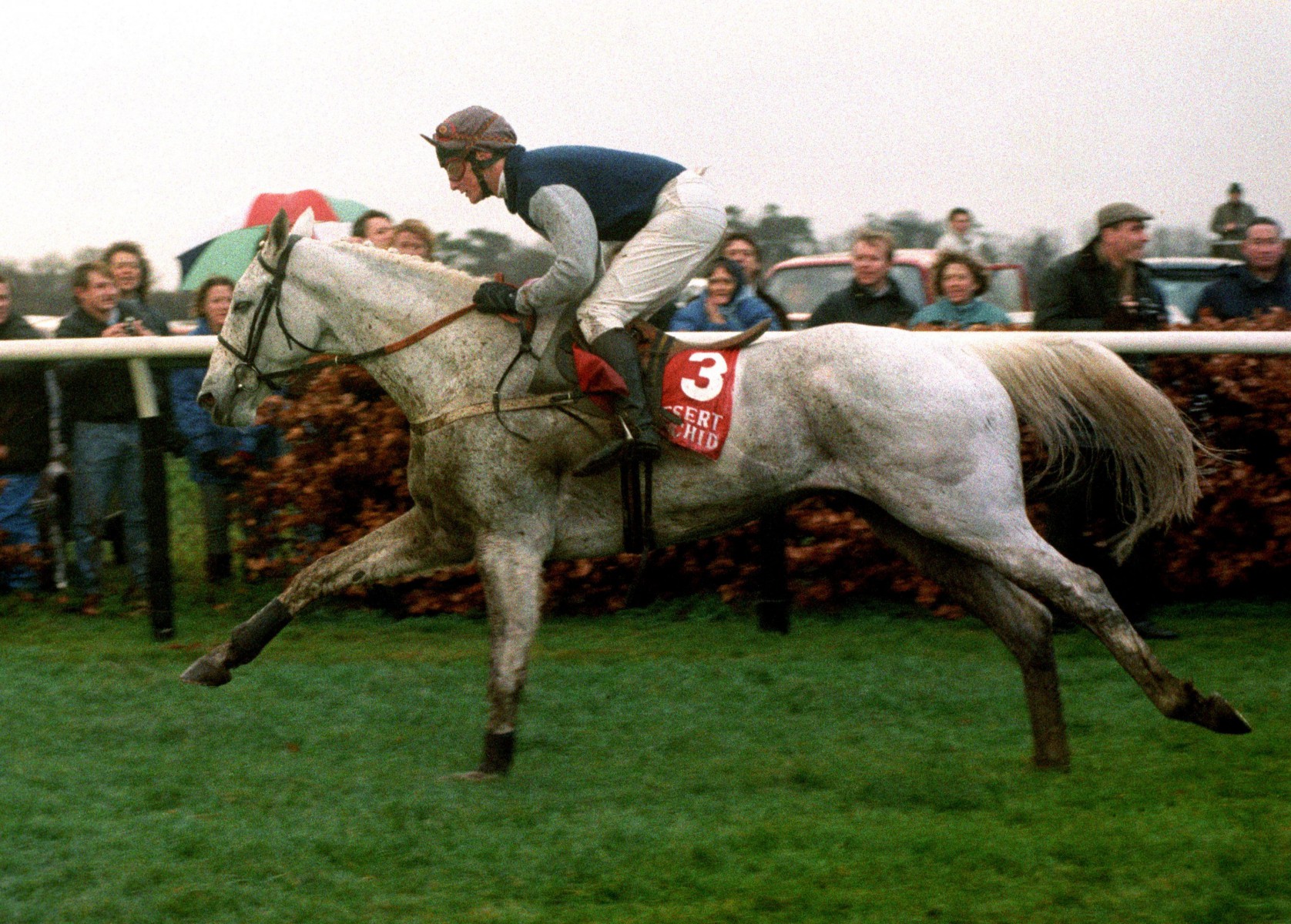 THERE’S nothing in racing quite like the stampede of the King George and it always gives extra meaning to the most wonderful time of the year.

With Boxing Day just a few sleeps away, here are some of the most exciting renewals in recent memory.

The most popular horse since Black Beauty took on history in 1990 as he bid for a record third straight King George.

It would have been a fifth had he not been foiled by the outrageously impressive Nupsalain 1987, and the crowd sensed and hoped for something extraordinary.

They were not disappointed.

In a field brimming with class, eleven-year-old Dessie took them apart from half-way, galloping remorselessly over the final few fences with the exuberance of a horse still relishing the last throes of his National Hunt career.

With future subsequent dual winner The Fellow beaten from some way out, it was left to Cheltenham Gold Cup runner-up Toby Tobiasto chase him down – yet even he couldn’t trouble the great white’s coattails.

Soaring over the last obstacle, pandemonium in the stands reached fever pitch and the roars could be heard all the way from Surrey to Berkshire.

In his first Grade 1 Chase in open company,Barton Bankproduced one of thetoughest performances in King George history.

All number of rivals came to his hind quarters over the course of the final few furlongs, but Adrian Maguire’s brave mount kept finding to keep them all at bay.

Young HustlerandZeta’s Ladproduced strong runs as the field entered the home straight, yet soon ran out of puff as front-running Barton Bank turned up the heat.

FavouriteThe Fellow, seeking a hat-trick in the race, cried enough in between the last two fences – leaving only Bradbury Starto spoil the party.

Josh Gifford’s stamina-laden chaser headed into the race off the back of a career best seven-length victory in the Mackeson Gold Cup and duly powered into the contest, laying it down to Barton Bank as they took the final fence.

The run-in took an eternity, with Bradbury Star slowly but surely getting on terms with the leader – but the post came just in time.

It would be Barton Bank’s biggest victory – a year later, with the race at his mercy, he took a crashing fall – and never again hit the same heights.

This was an extraordinary race, simply for the fact thatSee More Businesswas a sitting duck for most of the entire final furlong.

Ultra strong-traveller Challenger Du Luc loomed up on the bridle, doing veritable cartwheels under a motionless AP McCoy – and it looked for all the world like he would zoom on by.

However, in previous outings the Martin Pipe-trained had shown that he wasn’t the most genuine in the world and as soon as push came to shove, he put his head in the air and said ‘not today I’m afraid’.

Poor old McCoy got a fair bit of stick but it was a similar story for Paul Carberry andHarchibald – they knew it was paramount to leave thechallenge as late as possible.

That’s not to take anything away from the winner – he proved once and for all he was one of the greatest chasers Paul Nicholls has ever had, gamely galloping his way to the first of two King Georges.

He may not have been the flashiest, but boy didLong Runhave guts.

Nicky Henderson’s 2011 Gold Cup winner wasn’t able to reproduce the goods in the blue riband event a year later, and plenty opined he might on the decline after losing out in the Betfair Chase when sent off an 11-8 favourite.

However, his tenacity never left and he needed all he had in his locker to see offCaptain Chrisin the 2012 King George.

Philip Hobbs’ contender appeared to have the race in safe keeping approaching the last, and an absolutely enormous leap put him a length ahead with just the run-in to go.

But perhaps the overstretch winded him, or he hit the wall, or maybe Long Run just finished that little faster – because as the shadows of the post loomed, Sam Waley-Cohen powered his mount into the narrowest of leads.

Perhaps unsurprisingly, the brilliant chaser would never again win another Graded race – but the French import had done all he’d needed to capture British hearts.

Was this the greatest King George of all time?

It certainly lived up to the hype, with the classy Don Cossack,the brilliantVautourand the inimitableCue Cardall in with a shout entering the home straight.

Vautour was at his most flamboyant and jumped around Kempton like an old pro, slowly ratcheting up the pace as the field entered the final mile.

Unfortunately Gordon Elliott’s Gold Cup victor exited stage right at the second-last, so battle royale was left to the remaining big guns, with Vautour galloping on strongly in a three length lead approaching the final fence.

Push came to shove on Cue Card and Paddy Brennan’s arms began to flail all over the place as he drove the crowd favourite for all he was worth.

Jumping the last, Vautour was down on his nose – but it didn’t halt his momentum, and Ruby Walsh looked set for a sixth win in the great race.

The crowd roared and the commentator could barely be heard as Cue Card came with one last lung-bursting run, his wind that had troubled him in the past a problem no longer.

On the line, it was impossible to separate them.

The judge was called and, after an age, gave the brilliant Cue Card a winning verdict.

One of the greats.