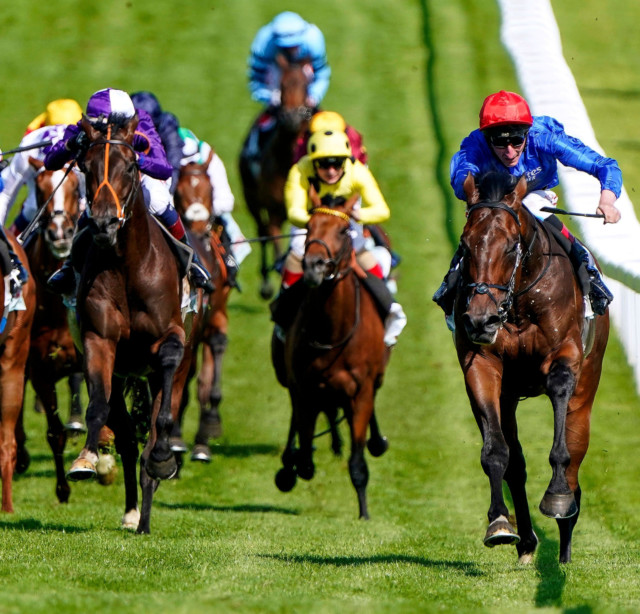 SUPER agent Kia Joorabchian might be a household name in the football world but he’s quickly making waves in racing.

His Mojo Star was a brilliant second in the Derby at a whopping 50-1, four-and-a-half-lengths back from winner Adayar.

Mojo Star (purple silks) finished four-and-a-half-lengths back in second in the DerbyJoorabchian has represented the likes of Phil Coutinho, Carlos Tevez and David Luiz

His horses run under the AMO Racing banner and you’ll be seeing more of his purple silks at the big meetings.

Joorabchian has caught the racing bug and he was over the moon with Mojo Star’s run for Richard Hannon.

He said: “It’s very, very exciting. It’s the first time I’ve been involved in the Derby and he’s run a great race, a fantastic run.

“We are a young operation, still a baby and we are up against the big Goliaths. I’m loving being in racing.

“Richard has always been very keen on him and so has Rossa Ryan who’s sadly injured at the moment, he would have ridden him today.

“We’ve been patient with him and he’s proving to be successful, as finishing second in the Derby is not an easy thing to do.”

Hannon said: “What a massive day for Kia, it’s not all about the Derby though. We can give him plenty of fancy entries now.”

Mojo Star could head to the Irish Derby at the Curragh next. Connections could opt for an easy win in a maiden but are keeping their targets high.

The agent’s silks will be spotted at Royal Ascot next week, with juveniles Beautiful Sunshine and Go Bears Go likely candidates for their respective races.

Jockey Rossa Ryan is usually number one to Joorabchian but has been out injured since breaking his collarbone in a fall at Wolverhampton.

He faces a race against the clock to be fit for the Royal Meeting.