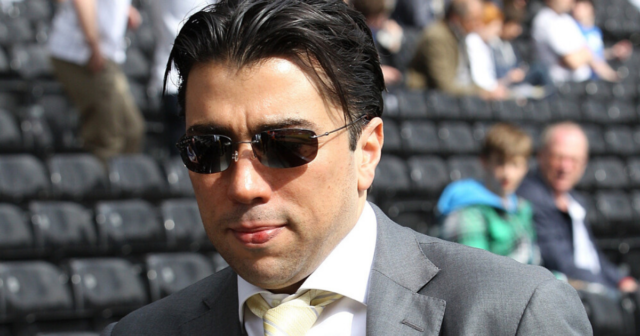 FOOTBALL superagent Kia Joorabchian has completed another transfer – after ‘not seeing eye to eye’ with a trainer.

Joorabchian, who looks after the likes of Willian and Philippe Coutinho, has seen his Amo Racing colours go from strength to strength.

That win came 48 hours after the four-year-old was removed from Ralph Beckett’s yard and placed with Michael Bell.

Prince Alex is one of ten horses Joorabchian has taken out of Beckett’s stable and moved elsewhere.

Speaking to the Racing Post, he revealed the transfers came about after friction between himself and Beckett.

Joorabchian, who has seen Amo Racing post earnings of £615,392 so far this season, said: “We have in the past moved horses around between trainers, if a trainer says to me, ‘I don’t think this guy is working with me, maybe you’d be better off trying to find a different type of yard’.

“But they’ve always kind of been between the same trainers.

“Last year, we had a few move from others to Ralph, because they just weren’t working out or settling in Newmarket.

“But we always kept the same core of trainers.

“This case is slightly different. I just felt Ralph and I weren’t seeing eye to eye, so I felt it might be better if we did a change.

“I think he’s a very good trainer. A lot of the old-style trainers have different ways of training and maybe we’re a younger, newer type of company that has a slightly different method and sometimes it doesn’t work with everybody.

“It’s OK, there’s nothing wrong with that. He did a great job with everything he’s had from us, but sometimes you don’t see eye to eye and that’s that.

The three-year-old finished second to Adayar in the Epsom Derby at giant odds of 50-1, and has earned an average of £66,000 per race.

As far as footballing powerhouses moving into racing goes, Joorabchian is up against the likes of late Leicester owner Vichai Srivaddhanaprabha’s King Power Racing.

The yard have won £1,152,644 so far this season and have horses named after club legends, such as Fox Vardy.