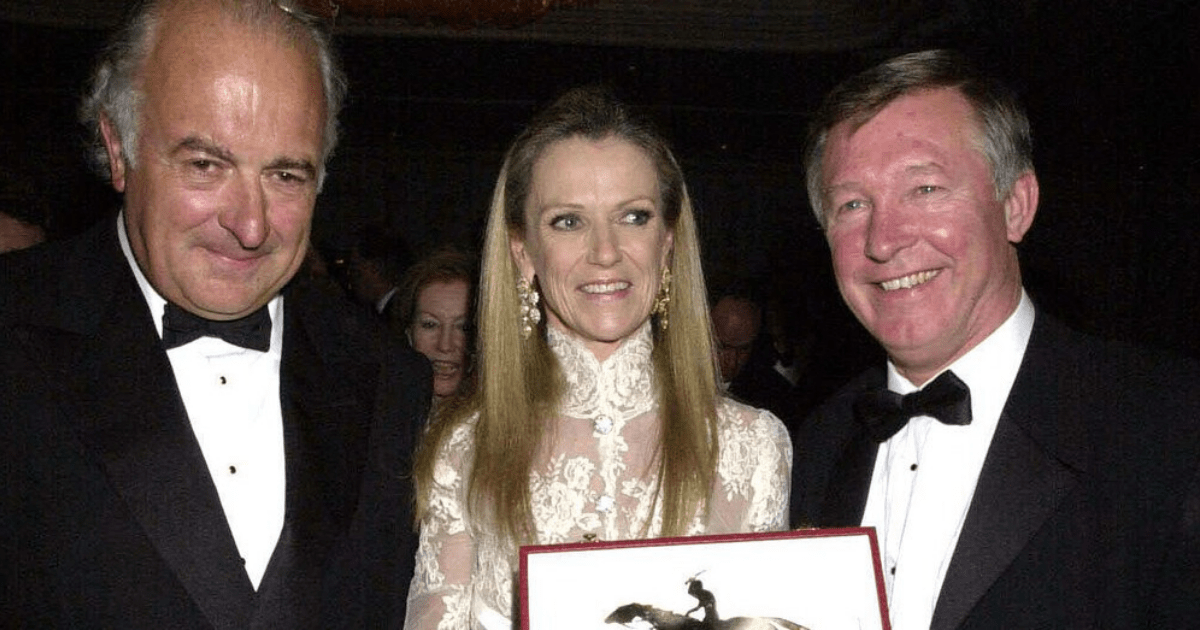 In a rare interview, billionaire horse tycoon Magnier, 74, opened up on El Gran Senor’s infamous defeat in the 1984 Derby.

Magnier, left, who used to own Manchester United before the Glazers, has become a billionaire through racing

In a rare interview, Magnier revealed an $80m (worth £190m in today’s money) deal had been struck for the sale of El Gran Senor – but it went up in smoke after Piggott beat the horse in the 1984 Derby when he was riding Secreto

He said a deal worth $80m (£190m in today’s money) had been agreed for the thoroughbred’s sale.

But there was one condition: he had to win the Epsom showpiece.

A furlong out it looked a sure thing, with jockey Pat Eddery cruising into contention on the odds-on favourite.

But failing to give up the fight was late legend Piggott, battling away furiously on Secreto.

In a fight for the ages, the duo engaged in a head-bobbing thriller which Secreto – who would never race again – won at the death.

Magnier, who sold United to the Glazers, told Ed Chamberlin about the colossal sum of money that was due to change hands.

Recalling ‘ones that got away’, Magnier said: “El Gran Senor was sold for $80m if he had won the Derby. He had to win the Derby and he was sold.

“You could see he couldn’t possibly be beaten the way the race was unfolding.

“But that’s racing! I had a bet on Secreto and Ladbrokes shut my account after.

“Mike Dillon (the public face of Ladbrokes) gave me the cheque after and I still have it framed in my office.

“We were able to have a drink that night!”

The story shows the incredible sums Magnier – who bred El Gran Senor and is now head of global thoroughbred giant Coolmore – is used to dealing with.

It also serves to enhance the legend of Piggott, who died earlier this year aged 86.

Piggott won pretty much everything for trainer Vincent O’Brien and owner Robert Sangster before a messy split in 1980.

Strolling past them after his Epsom heroics on Secreto, Piggott said in front of them: “Missing me?”

Piggotts’ life was celebrated last month, with his former cellmate among those in attendance at St Luke’s Church in Chelsea.

In this article:lesterpiggott, manutd, titan