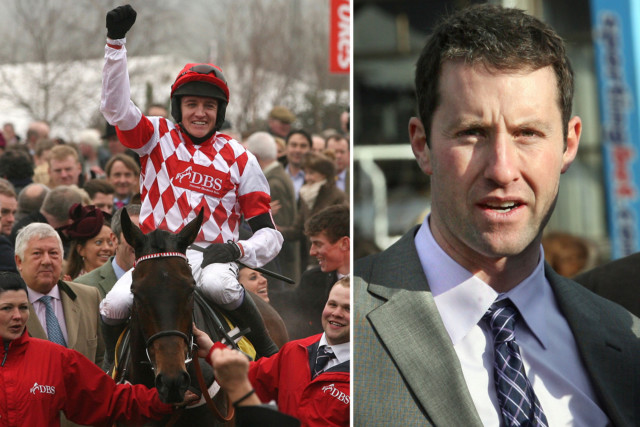 FORMER stable lad Conor Murphy became a millionaire after landing a life-changing punt in 2012 – but bookie restrictions denied him an even bigger win!

Irishman Murphy hit the jackpot after backing five winners for his boss Nicky Henderson in a £50 acca at the Cheltenham Festival.

He scooped seven figures – but Bet365’s maximum £1m payout denied him what should have been a £3m win!

But Murphy, 40, never complained having placed the bet on a whim over Christmas 2011 – and when the big meeting came around in March he couldn’t believe his eyes as the winners kept rolling in.

The first leg was Sprinter Sacre in the Arkle – who Murphy backed at 6-1 – and the horse made light work of his rivals as the red-hot 8-11 favourite.

Simonsig – backed at 12s – was a similarly impressive winner in the Neptune, before Bob’s Worth (6-1) and Finian’s Rainbow (8-1) won the RSA and Champion Chase respectively.

Murphy barely slept a wink before the final leg on the Thursday of Cheltenham – but it looked like the bet would come to a heartbreaking end.

Riverside Theatre – who Murphy backed at 10s and was well-fancied for the Ryanair – was never travelling at any stage under Barry Geraghty.

But the James Nesbitt-owned horse got his second wind in the home straight and stormed home for a dramatic, last-gasp win to seal the huge payout. 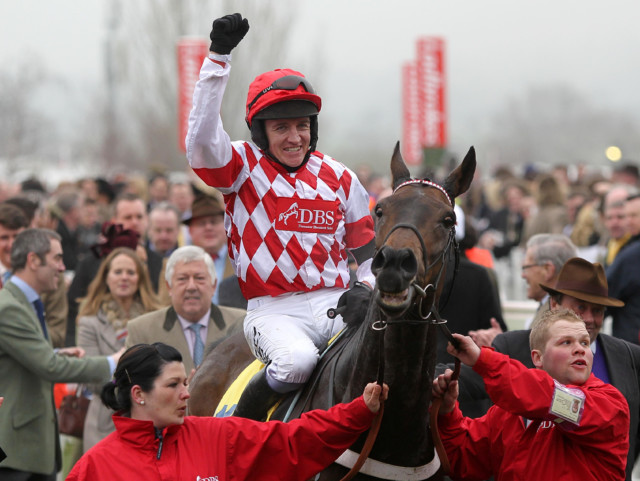 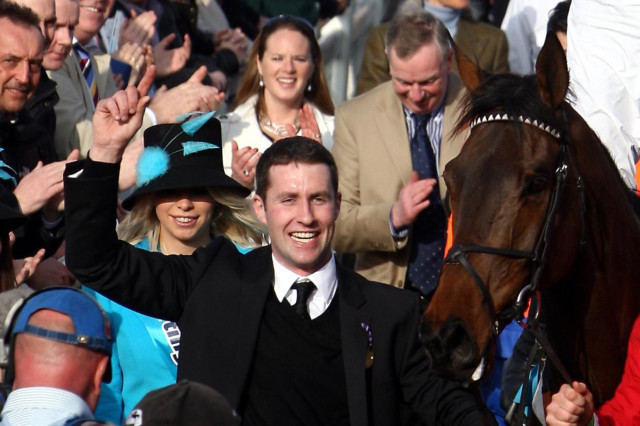 Murphy moved to America after his mega win

And he still turned up at 5am for work the next day!

Henderson said: “Everybody was absolutely thrilled for him. It was just an amazing piece of foresight.

“Just the chances of all five getting to Cheltenham and all of them running in the right races, that would be long enough odds.”

Stable jockey Andrew Tinkler joked at the time: “I can’t believe that the million pound man was riding out this morning! I’d be at Heathrow!”

But it wasn’t long before Murphy was jetting off to the other side of the world.

After a summer of celebrations, Murphy quit his job at Hendo’s to follow his dreams, setting up his own training operation in the US.

He used his winnings to move to Kentucky, starting from scratch with three horses he brought with him from England.

One of them, Dimension, turned into a star, winning a Grade 2 and taking Murphy to the Breeders’ Cup in his first year with a licence.

He currently trains around 25 horses in Louisville – all thanks to that spur-of-the-moment punt.

Did you miss our previous article…
https://www.sportingexcitement.com/horse-racing/ruth-jefferson-has-remarkable-waiting-patiently-fit-and-firing-for-mouthwatering-clarence-house-clash-at-ascot