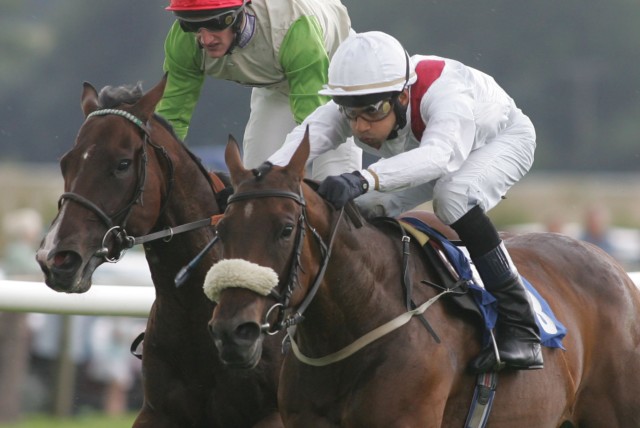 THE life of a journeyman jockey can be brutal – hair today, gone tomorrow.

So one-time champion apprentice Saleem Golam cut his losses and retrained as a barber.

The Londoner, who grew up just four miles from the home of his beloved Arsenal, was never your conventional jockey.

The 37-year-old is from a big Mauritian family and he was never around horses as a kid.

But he was as stylish in the saddle as he was out of it, and he took the Flat world by storm in 2005.

Here was a kid from the big smoke taking on jockeys with rich racing pedigrees and beating them at their own game.

He finished tied with Hayley Turner at the top of the apprentice standings, with the pair locked together at 44 winners apiece.

But that was when it started to go wrong. He lost his claim and began to lose rides.

So far this season, 333 jockeys have taken rides on the Flat in the UK, and the average race meeting attracts around 50 runners.

That’s a lot of people competing for very few rides, and for the majority it’s tough to make ends meet.

So for self-proclaimed journeyman Golam, that meant a career change.

“I always had an interest in style, hair and beards and the like,” he said.

“So when I was thinking about something new it seemed like a good fit – I didn’t have the time or the money to spend years training to be a pilot.

“I started out at the London School of Barbering which is just down the road from where my family lives.

“I was in the middle of training when the pandemic hit. So with all the barbers closed, I got a lot of calls asking for help.

“But I was reluctant to do anything before I’d qualified – if I’d have cut lumps out of people’s hair it wouldn’t have done my reputation much good!

“Though as they say, the difference between a good haircut and a bad haircut is two weeks.”

Golam is now one of the most sought-after snippers in Newmarket.

He still loves to ride, so you’ll find him exercising horses on the gallops in the morning.

But the rest of the time he’ll be giving his former colleagues a short back and sides.

He said: “I know a lot of people in Newmarket so it didn’t take long to get quite a few clients.

“I decided against having my own barbers. I quite like to be mobile and a lot of jockeys will be busy with racing so it’s easier to go to them.

“I enjoy doing it and I’m good at it, it’s more of a pastime than work for me.”

A career that promised much ending up fizzling out, despite nearly 400 winners and successful stints in no fewer than 17 countries.

But Golam has no regrets.

“The last couple of years of my career were painful – I was travelling a lot and riding off low weights a few times a week on horses who had no chance,” he said.

“I had some great days in my earlier years and have ridden winners around the world. I have a lot of good memories.” 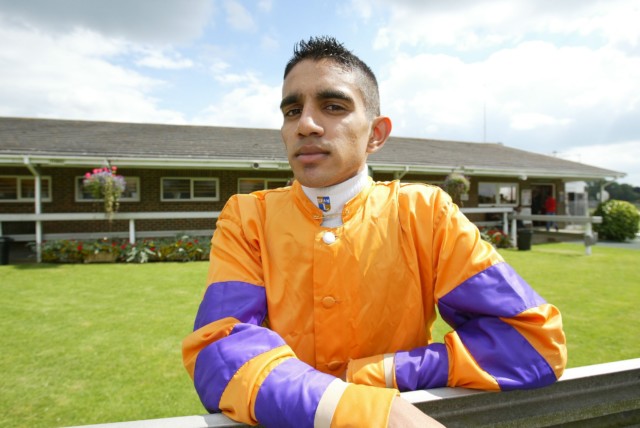 Golam rode over 400 winners during his career

THE BHA are letting jockeys down by continuing to prevent them from riding at more than one meeting per day.

Covid-19 rules are set to be relaxed nationwide on July 19 – but racing chiefs are not extending that courtesy to professional jocks.

Restrictions were put in place when racing restarted last summer to reduce the risk of a spread of the virus and to limit the distance jockeys were driving – at a time when the rest of us weren’t allowed to travel further than the local corner shop.

But times have changed – the landscape is very different now and jockeys have proven over the past 13 months that they can be a sensible bunch.

Limiting a rider’s ability to make a living – especially those ‘middle-of-the-road’ jockeys who rely on riding fees to put food on the table – makes absolutely no sense.

JIM Bolger needs to put Irish racing out of its misery.

The veteran trainer has enjoyed a brilliant season on the track – but he has caused carnage off it.

He claimed in a newspaper interview that horse doping is ‘the number one problem’ in Ireland – without giving specifics.

And he followed up recently by saying ‘there will be a Lance Armstrong in Irish racing’.

But he rejected an invitation by Irish MPs to present evidence backing up his claims at a hearing on Thursday.

The outside world now views Irish racing with suspicion, with Bolger’s explosive comments coming after Irish-trained runners dominated at Cheltenham and Aintree.

Calls from Bolger’s colleagues to put up or shut up have been met with radio silence, and there is infighting among Irish racing’s top brass.

Before the Irish game destroys itself, Bolger has to act one way or another.