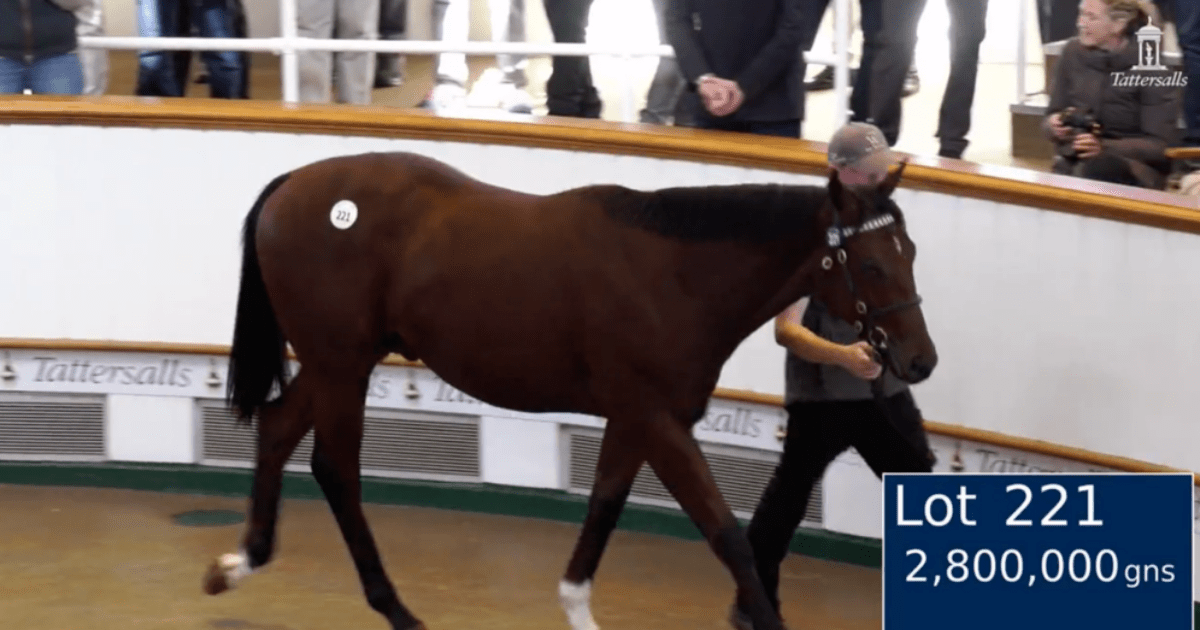 FRANKEL was the daddy at the Tattersalls Sales as horse racing’s transfer window continued to hot up.

Sheikh Mohammed, the billionaire ruler of Dubai, forked out £2.8 million for a son of the greatest racehorse of all time – making him the most expensive yearling sold anywhere in the world this year.

He was bred and sold by composer and theatre legend Andrew Lloyd Webber and his wife, Madeleine, at their state-of-the-art Watership Down Stud.

Described as a “magnificent, Frankel lookalike”, there was a titanic bidding war in Newmarket for Lot 221 between the Sheikh and US native Bill Farish, who runs the powerful Lane’s End Stud in Kentucky.

The auctioneer offered Farish the chance to take the bidding to £3 million, but after several agonising seconds he decided to concede defeat.

Godolphin rep Anthony Stroud said: “Obviously he has got a stallion’s pedigree, by Frankel out of a very very good mare by Dubawi from Watership Down’s best family.

“He was the jewel in the crown and is an extremely nice horse.

“The price was more than I had anticipated, but the Sheikh was keen for this horse and Watership does a great job.

“The underbidders were strong opposition – he is an outstanding horse and he will be a very valuable horse if he is a good racehorse.”

Later in the day, another Frankel colt was bought for £2.4 million by MV Magnier and American-based White Birch Farm – and the same combination later splashed another £1.5 million on a daughter of the super stallion.

This is the time of year when the horse sales, which can be likened to the transfer window in football, really hot up.

Once the sale at Tattersalls is done and dusted, the show moves on to the Arqana Sales in Deauville in France before Keeneland in Kentucky in November.

In that time hundreds of millions of pounds will change hands as racing’s next generation of blue-bloods go under the hammer.

On the second day of the Tattersalls October Yearling Sale alone, the average price for each horse sold was a massive £350,000.

Over £60 million has been spent on horses at Tattersalls so far – more than Brentford, Fulham, Leicester, Brighton, Crystal Palace and Bournemouth shelled out during the entire summer transfer window.

Did you miss our previous article…
https://www.sportingexcitement.com/horse-racing/fire-engines-rush-to-nottingham-racecourse-and-punters-jockeys-and-stewards-forced-to-evacuate-in-pre-race-chaos/