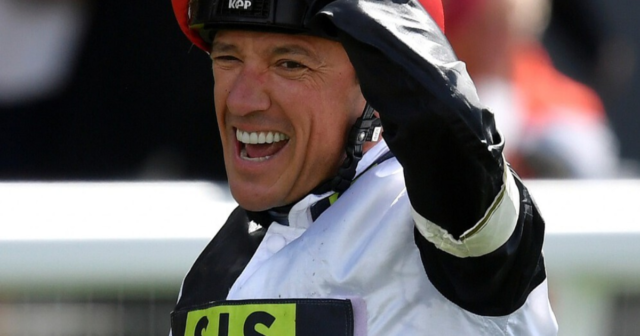 FRANKIE DETTORI has been accused of disobeying orders by the frustrated owner of Stradivarius – as the storm over the jockey’s future rumbles on.

The legendary Italian, 51, has been dropped by John Gosden, trainer of the superstar stayer.

Not one of Dettori’s rides during a dire Royal Ascot copped more flak than his effort aboard Stradivarius, who was going for a record-equalling fourth Gold Cup.

The horse, owned by Bjorn Nielsen, finished third behind Aidan O’Brien’s Kyprios after Dettori was forced to go wide on the run in.

Now, in an interview with Thoroughbred Daily News, Nielsen has revealed how the carefully orchestrated plan for the race went up in smoke.

He said: “What people don’t know is what the riding instructions were.

“With what happened last year, twice where Frankie sat so far back and down on the rail, he was told, ‘whatever you do, don’t sit on the rail and get far back on the horse this year’.

“For some reason, he went and did what he did.

“By the time we had a chance to get out again, it was an impossible task to make up the ground.

“‘The Strad’ was sitting there on the bridle turning in and through no fault of his own he didn’t get a run.

“It was not a case of the others having younger legs than him.

“It was a case of he got no run and he was put in a position where he had no chance, unfortunately.”

Nielsen then appeared to indicate Dettori will not ride Stradivarius in July’s Goodwood Cup by talking of their partnership in the past tense.

He continued: “But he and Frankie have had a great partnership, and Frankie has ridden more Group wins on him than any other horse he has partnered.

“Of course I am truly grateful for the partnership they have had and I don’t want recent events to overshadow that.”

Talked had ramped up of Dettori getting the ride on Saeed bin Suroor’s Real World in this weekend’s Coral-Eclipse at Sandown.

No jockey has yet been booked on the fancied runner – and Dettori is down to ride So Moonstruck in the German Derby on Sunday.

Advertisement. Scroll to continue reading.
In this article:frankiedettori, hasbeen, stradivarius