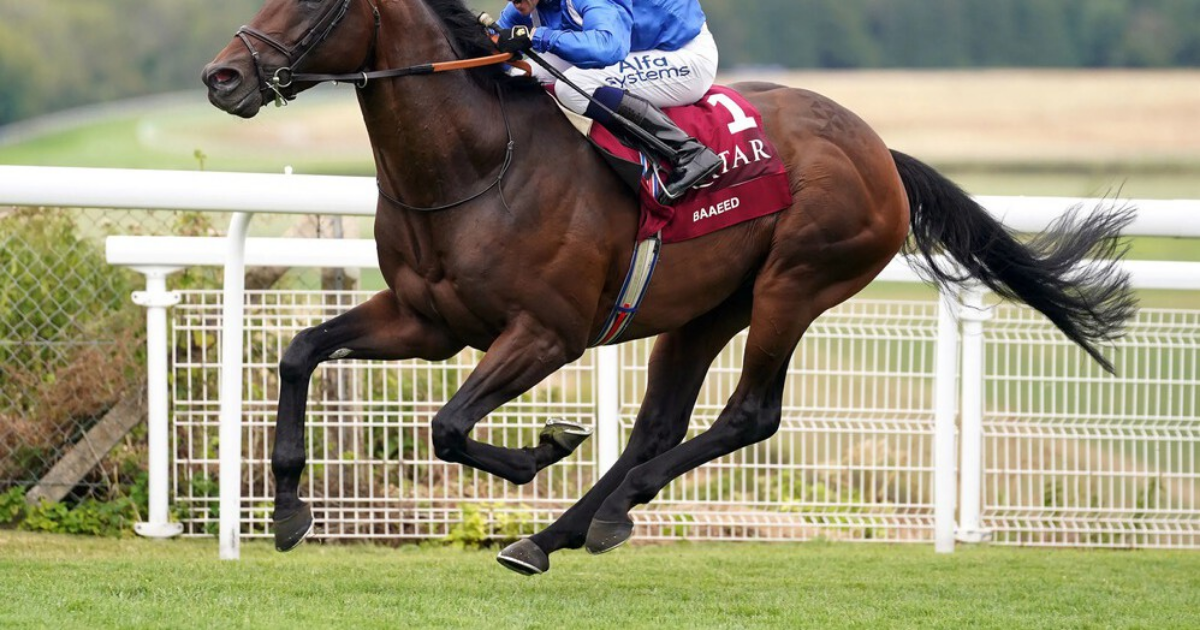 I’VE been lucky to ride some true champions at York’s Ebor Festival — just like my dad.

I was six when my father rode Wollow to victory in the 1976 Juddmonte for the late great Sir Henry Cecil and, 20 years later, I won it for the first time on Halling.

Can Baaeed succeed on the step up in trip? We’re about to find out

That was an emotional day for me so the race has a very special place in my heart.

I’ve also won it with Singspiel, Sakhee, Sulamani and Authorized.

It is the race that makes stallions.

As a three-year-old for John Dunlop he won the Dante before finishing second to Sinndar in the Derby.

He was fourth to Giant’s Causeway in the Eclipse and then missed a year through injury and found his way to Saaed Bin Suroor.

That’s when I first sat on him and he began that season with a bit to prove. Boy, did he prove it.

We won a Listed race and then turned up at York for the Juddmonte.

We hit the front three furlongs out and just powered clear.

He was electric that day — as he was in his next race when we won the Arc by six lengths. He was some horse, Sakhee.

York, as a track, is a place fit for champions too. It’s brilliant to ride.

It’s very slick and flat, which puts the emphasis on speed.

And, of all the tracks, York is the fairest. So there will be no hiding place today.

I am sure William Haggas will have trouble sleeping on Tuesday night and wake up on Wednesday with a few butterflies as he waits for BAAEED (3.35) to strut his stuff.

In contrast Jim Crowley has said he sleeps like a baby the night before he is due to ride Baaeed.

No doubt Jim will be the coolest man in Yorkshire today!

Baaeed is the best horse in the world for many reasons. He has a great cruising speed and a huge desire to win.

He looks to be the complete racehorse with no faults.

While stepping up from a mile to ten furlongs is a new challenge I don’t see it being a problem.

If anything it could be to his advantage.

I hope Mishriff runs a big race for the boss John Gosden. If there are any chinks in Baaeed’s armour Mishriff will find them.

Frankie was speaking via Sporting Index.