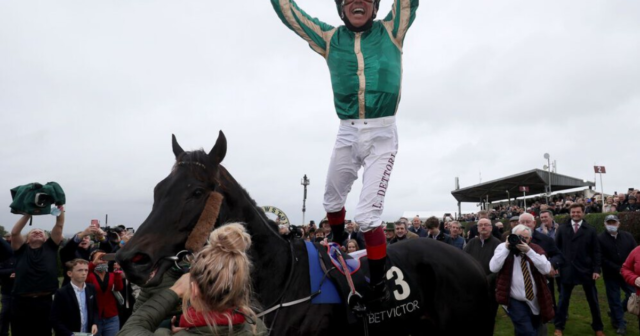 FRANKIE DETTORI treated punters to a flying dismount as he won a race in memory of his old mentor Barney Curley.

The Italian jetted into Bellewstown for the first ever time for a fixture commemorating the great gambler Curley, who died in May aged 81. 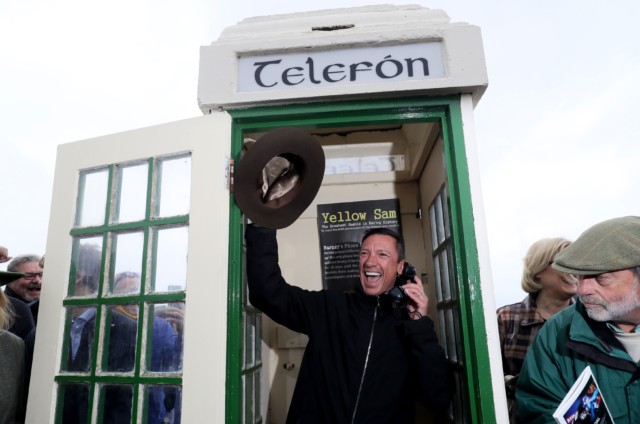 Dettori made sure to visit the famous Yellow Sam phonebox

And as Dettori loves to do, he stole the show in more ways than one.

His mount Trueba was well-backed in to 4-1 joint-favourite, and he didn’t let his backers down as he stormed to the win, cheered on by a huge crowd.

The racecourse is famous for the 1975 Yellow Sam gamble, when Curley famously hogged the single phone line into the track as his bookie runners continued to pile on.

It meant the odds makers were unable to hear what was going on off course as the horse won easily at 20-1 – odds that would have plummeted had they been contacted. 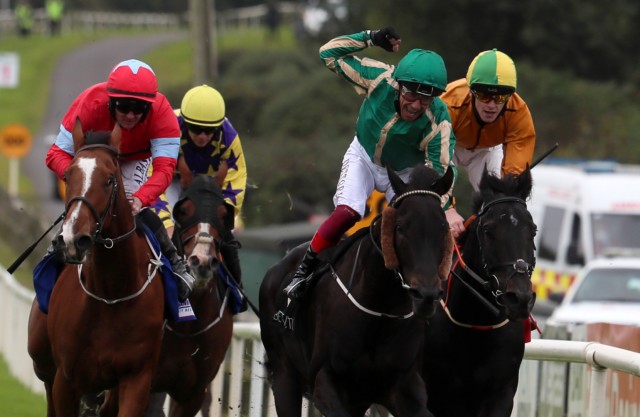 Ever the showman, Dettori kept the punters happy with hundreds of selfies and made sure he visited the famous phonebox.

The day was designed to raise funds for Curley’s charity Direct Aid For Africa (DEFA), with £75,000 already in the buckets.

Dettori said: “We managed to dedicate today to the great man.

“I’ve heard so much about the gamble. To be here and get a picture with the telephone box is remarkable.

“When I was an apprentice I rode a couple of winners for Barney, then, when my claim was slashed, I wasn’t much use to him!

“We stayed close friends for all of his life, I miss him already.

“We swapped houses, one of the many things we did together.

“He was a father figure to me and a great mentor.”

Incredible scenes at a packed Bellewstown on a brilliant day at the track raising money for a great cause pic.twitter.com/BTnm9sZVwI

Dettori added: “That one is for Barney.

“It’s been a mad old day and I’m sure Barney is having a chuckle up there just that I’m here.

“It’s been an amazing day and it’s also my first winner for my good friend Johnny. The reception has been mad, I feel like I’m playing in the Ryder Cup – it’s been exhausting at times and I must have taken a million selfies, but I’m glad I did.”

Did you miss our previous article…
https://www.sportingexcitement.com/horse-racing/champion-jockey-oisin-murphy-rushed-to-hospital-with-facial-injury-after-horror-paddock-fall

In this article:Bellewstown, Frankie Dettori