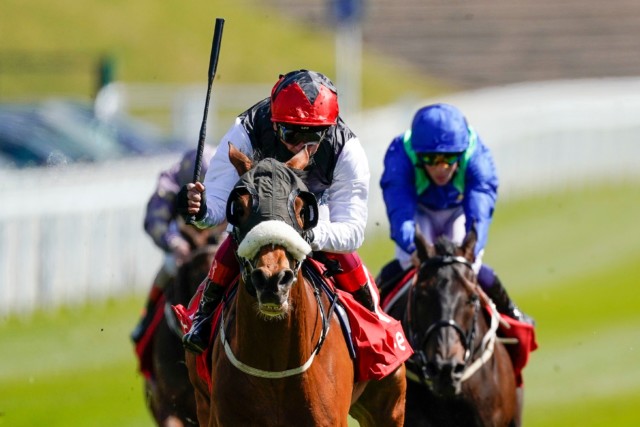 And the 50-year-old admitted he needed “plan C” to steer the well-fancied six-year-old home on the tricky Roodee.

The Grand Visir was second at 16-1, with Hochfeld an unlucky third at 9-1.

Dettori smiled: “Dermot had this race in mind for him for ages and he booked me three weeks ago. He’s the master of these kinds of things.

“He’s not the fastest away but thankfully they went fast. It stayed honest throughout and I took a pull.

“I saved ground and then slingshotted around the turn and in fairness he picked up. He had a lumpy weight but he’s a Group horse really.

“He can be lazy at times, but he showed a good turn of foot and maybe the headgear worked.

“We all need a plan, but when there are that many runners you need to adapt and that was plan C!”

Dettori’s first success in the famous handicap came in the 1991 renewal when he won on Star Player.

Not many from that era are still riding high but there could still be another Chester Cup or two to add to the Dettori CV.

Dettori laughed: “My old agent has said I can go on till I’m 55 apparently so there might be time for one or two more of these!”