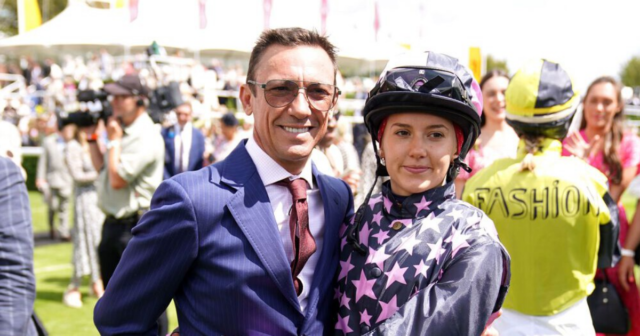 THIS is the brilliant moment Frankie Dettori leads daughter Ella down to the start for her first ever race as a jockey.

Dettori, 50, guided 19-year-old Ella to the stalls for the charity Magnolia Cup race at Glorious Goodwood on Thursday.

Legendary jockey Dettori poses with daughter Ella before the Magnolia CupThe 50-year-old rider was a spectator at the races for once as his daughter, one of five, raced 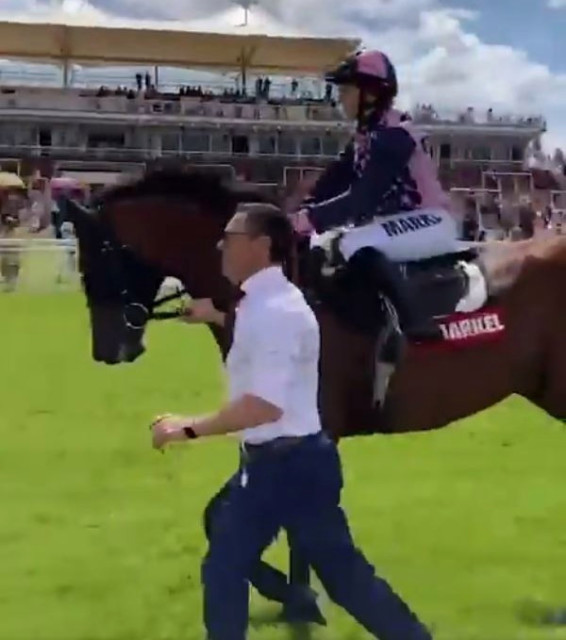 Dettori led Ella down to the start for her race

But the race ended in a dramatic dead-heat with judges unable to split two runners following a thrilling finish.

The real winner was charity though, with all ten jockeys raising funds for Smart Works.

The parade paddock at Goodwood was lit up with the amateur riders’ colourful silks just before their big moment.

No one stood out more than Dettori, who posed with his family ahead of Ella’s debut race in the saddle.

The world’s most famous jockey has seen and done it all during his incredible career, which shows no sign of slowing down despite his advancing years.

But now he got a taste of what his family – he has five kids with wife Catherine – go through every time he races and risks life and limb in the saddle.

Ella, who said her dad tries to go to parties with her and her mates, bolted home at speeds of up to 40mph in the race.

Fortunately all jockeys and horses returned home safe and sound. 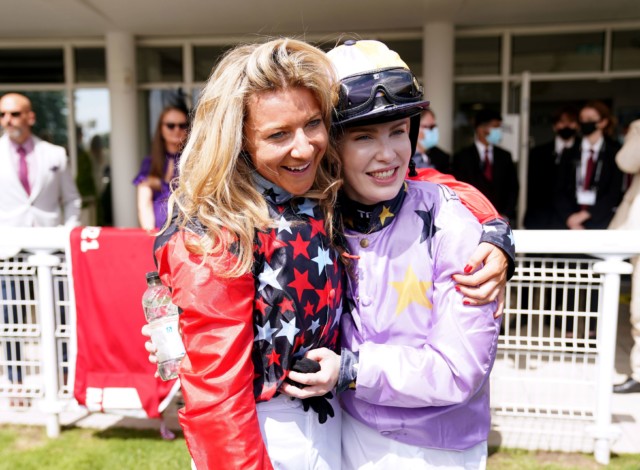 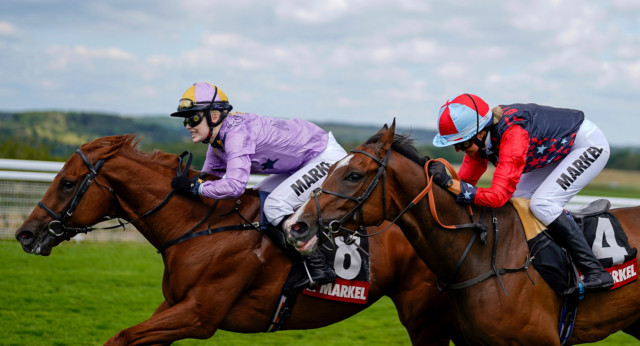 Gosden-Hood was aboard horse She Got The Jockey and Crawford, a freelance rider, was on Mine Behind.

Samantha Cameron was at the track to watch the action – and see her former special adviser Isabel Spearman compete in the race.

She was one of the ten amateur riders who have gone through gruelling fitness tests and riding work to get ready for their big day.

Dead heat in the Magnolia Cup!

Thea Gosden-Hood (She Got The Jockey) and Candida Crawford (Mine Behind) hit the line together in the latest running of the established charity event at @Goodwood_Races#QGF #MagnoliaCupbyMarkel @MarkelIntl pic.twitter.com/sM6JuP83bK