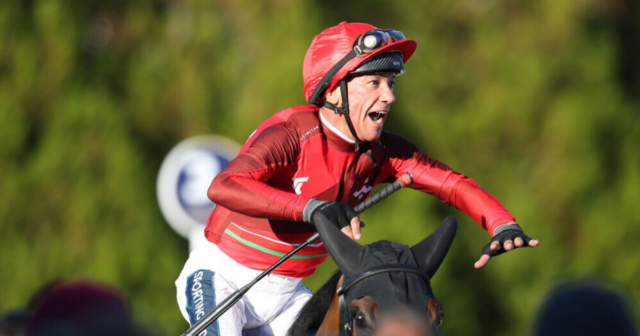 FRANKIE DETTORI ‘clearly won’t be around much longer’ says Jamie Osborne – as the famous flying dismounts get less and less.

The legendary Italian, 51, lit up the Racing League at Lingfield on Thursday night.

Will we ever see another jockey who can transcend racing in quite the way Frankie has?

And he even put his love of Arsenal aside to steer Postmark, a horse owned by former Spurs manager Harry Redknapp, to victory in a 1m2f handicap.

He was also a narrow second on 7-2 favourite Country Pyle in the 2m stayers’ race later on at the Surrey track.

The win on Postmark was Dettori‘s first in the blockbuster £2million series and helped put his team Wales and The West second in the table.

Sun Racing columnist Matt Chapman’s London and The South extended their lead at the top to 340 points, with Wales and The West on 269.

But the night belonged to the most famous jockey in the world, who treated racegoers to one of his flying dismounts.

According to former jockey and trainer Osborne, though, who manages Wales and The West, we shouldn’t be taking that incredible sight for granted.

Dettori himself admitted as much when he said after victory: “I am 51 and the ankles are not the same!

“I’m delighted to win one and it’s great for the winning connections. It’s the Wales and the West team with a bit of Italian.”

Osborne added: “He kindly agreed to be here and I hope he has put a few on the gate because he is a legend of the sport.

“He’s clearly not going to be around riding for much longer so we need to just enjoy it.”

Talk was rife in racing circles just two months ago that Dettori was set to call it a day.

The man trusted with the biggest rides in a racing had just been axed by John Gosden – their ‘sabbatical’ ending just 11 days later.

But during those dark, uncertain days, Dettori rode Lezoo to victory in a Listed contest at Newmarket and rubbished any imminent retirement talk.

Surrounded by two discreet security guards on the day, Dettori said: “I know what you’re all going to ask me! But I’m not retiring.”

Back in March, after guiding 15-2 Country Grammer to a £5.3million victory in the Dubai World Cup, Dettori hinted at hanging up his saddle.

“I’m enjoying it, but how long can I keep this up for? How long will I be popular for? I really don’t know.

“Nowadays with the diet, nutritionists and physios, you can look at any sport and see people like Roger Federer still going. There is more longevity but I’m still 51 and can’t take the years off me.

“At the moment I feel fit and well and I’m still popular but we’ll take it one season at a time.”

He won’t get one last swansong on Stradivarius at York next week and some punters think it’s a ‘horrible decision‘ he gets the ride on Melbourne Cup winner Verry Elleegant next week.

But let’s hope we’re all able to savour Dettori for a little while longer yet. 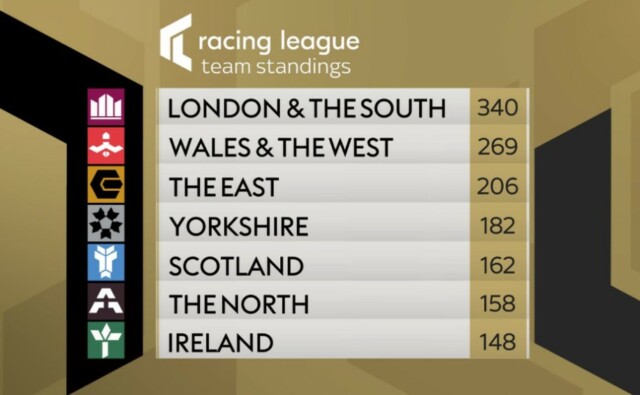 The Racing League standings at the end of week two