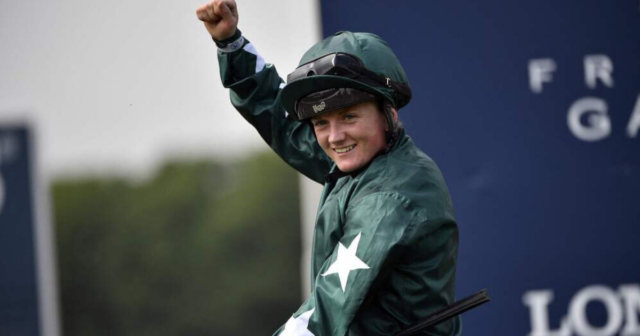 The legendary Italian has been dropped by trainers John and Thady Gosden for key Newmarket races this weekend.

That comes on the back of a horror show aboard Stradivarius in his bid for a record-equalling fourth Gold Cup at last week’s Royal Ascot.

Sun Racing told you how Gosden was exasperated at the ride.

And it was all the more surprising given icon Dettori’s amazing record on the superstar stayer.

Dettori’s camp played down rumours of a split with the Gosdens but this weekend’s jockey bookings have sent shockwaves through the sport.

And Betfair have priced up the next retained jockey with the Gosdens.

Betfair’s Barry Orr said: “Off the back of reports that Frankie won’t be riding any of the Gosden runners in Newmarket, we have offered betting on who would replace him as stable jockey should the Clarehaven team wish to do so.

“With John Gosden having spoken so effusively about Hollie Doyle and her considerable talent on more than one occasion, she is a red hot favourite to land the plum job that would see her and her husband, Tom Marquand, become the first power couple of Newmarket.

“Irish Champion, Colin Keane, is also an interesting proposition but it could take a lot to lure him away from Ger Lyons.”

Who will be John and Thady Gosden’s next retained rider?

*Market settled on official announcement from John & Thady Gosden or their representatives, no announcement before 1st May 2023, all selections voided.