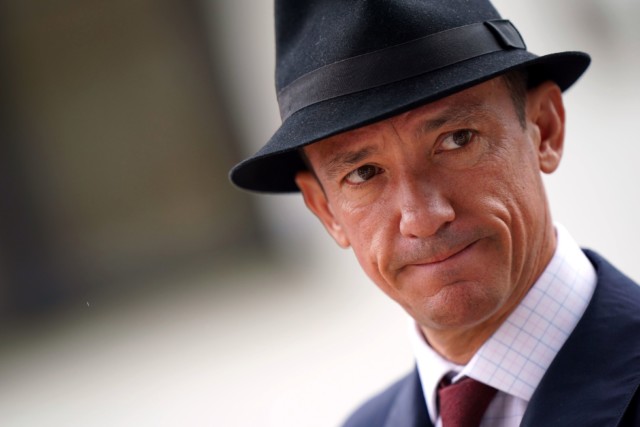 FRANKIE and his Italian jockey pals are ready to sing their boys to Euro glory  even if it does make them a little hoarse!

Legend Dettori was joined by top rider mate Andrea Atzeni and star apprentice Marco Ghiani at Newmarket yesterday ahead of tomorrow’s England cruncher and all three say it Azz to be an Italy win.

Dettori will be cheering on Italy from afar on Sunday

Dettori said: “Forget Three Lions  we’re the Three Tenors. We were singing like crazy in the semi-final and we’ll do it again in the final!”

Dettori, who was at Wembley with Atzeni for the Azzurri’s thrilling semi-final victory over Spain, said: “My voice has only just recovered from Tuesday’s win.

“It was an emotional rollercoaster and I can see it being just the same against England.

“My money has to be on Italy again. It will be tight but I fancy us to win on penalties.”

'If you happen to beat us, don't bother ringing me… The phone will be off!'

Atzeni said: “Tuesday was amazing. The atmosphere was incredible. As for tomorrow’s game  sorry England, but we are going to spoil your party. It will be 1-0 to Italy!”

Young gun Ghiani is even more confident. He grinned: “It won’t even be close. There will be goals and we will score most of them. I Turn to Page 3

From Page One think it will be 4-1 to us  with Federico Chiesa getting a hat-trick!

“It’s been good fun riding out in the mornings with everyone talking about England. There have been plenty of jokes and banter about who will win.”

As for Dettori, he reckons Harry Kane and the boys are lucky to be in the final.

He teased: “I watched the semi-final against Denmark but then England got the phantom penalty. That was it for me and I decided to go to bed!

“Seriously I think the final will be close, a real nail-biter.

“England have home advantage with most of the crowd cheering them on. It will be tough for Italy but I believe we are good enough to go all the way and win it on penalties.” 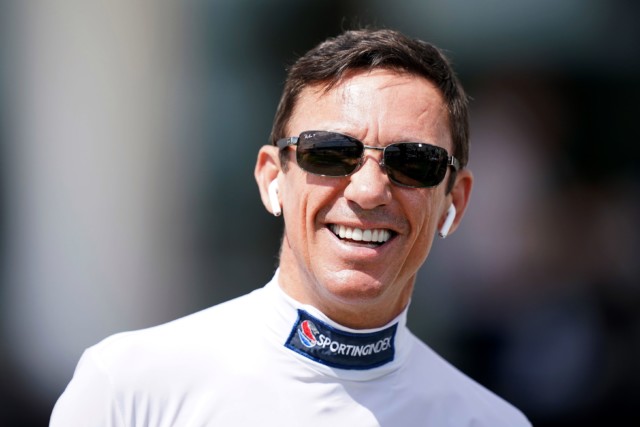 Dettori is hoping to win his first ever July Cup

Milan-born Dettori, 50, is gutted he will not be in the 60,000 crowd at Wembley tomorrow. He said: “I’m taking my wife Catherine away for a couple of days so I’ll watch the game on television.

“When I booked the trip I didn’t realise it was the final of the Euros that day  and didn’t even think Italy could be playing in it.

“But maybe it’s a good thing. If we get beaten I will be in hiding!”

While Dettori believes it will go to penalties he is hoping for some Extra time at Newmarket this afternoon.

He said: “It could be an amazing weekend. It’s the one Group 1 race missing from my CV so I need to win it.”

So would Dettori swap a win in the July Cup for an Italy win over England?

He joked: “No! I’d rather win the July Cup, I’ve been knocking on the door and it’s the one I need!”