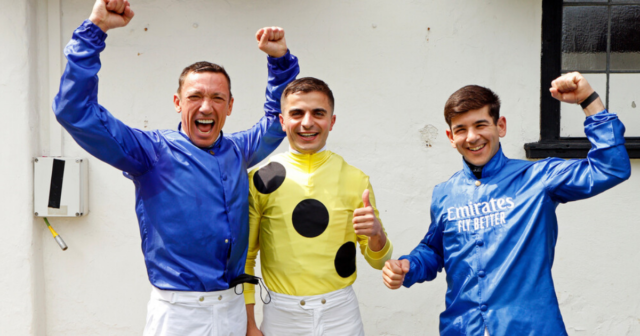 ITALY may have stopped football ‘coming home’ but legendary jockey Frankie Dettori has told England fans they can be proud.

The Italian was on holiday to watch the game and cheer on his nation as they won on penalties.

And the 50-year-old was spot on with his pre-game prediction, guessing the Azzurri would win a nervy game in extra-time and penalties.

The top jockey has been through many highs and lows and offered up some advice for England afterwards.

In a post on Twitter, he wrote: “A proud moment in football history for
@azzurri overcoming such a talented team in England.

“And as we know – England, on the other side of a storm is the strength that comes from having navigated through it.

“Raise your sail and begin.”

A slightly worse for wear looking Dettori then posted another video the morning after some likely celebrations.

Dettori is enjoying some time off with family before he likely returns to ride this weekend at Newbury or Newmarket.

What a final, absolute rollercoaster!

He flew away after Newmarket’s July Meeting came to a close on Saturday.

Starman was the headline act in a brilliant July Cup win as Dettori again agonisingly failed to win the only Group 1 in Britain that evades his illustrious CV.