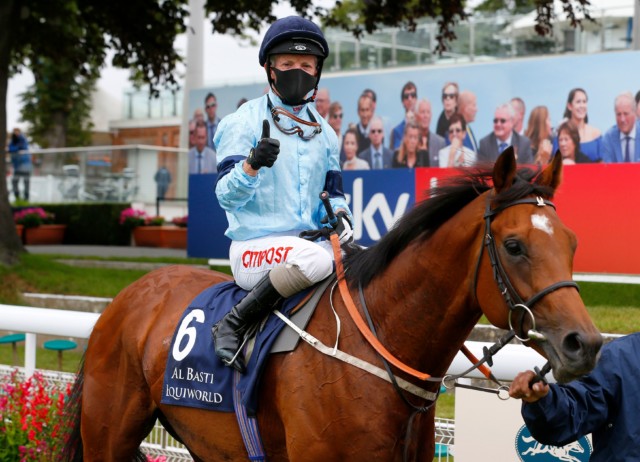 FRANNY Norton has been a victim of the quarantine pain in Spain.

The jockey has spent the last week celebrating his 50th birthday in Marbella – but he will now be forced to isolate for two weeks.

Franny Norton won the Dante – but will now have to quarantine

Norton picked up a nine-day whip ban earlier this month, meaning he could jet off to the Costa del Sol for his birthday bash.

But while he was soaking up the sun, the government announced that anyone holidaying in Spain must quarantine for 14 days upon their return to the UK.

Norton last rode in Britain at Yarmouth on July 22 and was booked to take four rides at Newmarket on Saturday afternoon, including Vivid Diamond in the feature Further Flight Stakes.

The Department for Culture, Media and Sport (DCMS) had given elite athletes special dispensation from quarantine rules previously, but the BHA said that position had now changed.

A BHA spokesman said: “Franny does not have special dispensation and must quarantine for 14 days.

“There is no dispensation for elite athletes to bypass quarantine rules following holidays in non-exempt areas. This came from DCMS yesterday.

“Dispensation can be applied for if they are competing in non-exempt countries and return for competition here.”

Norton was banned and fined £850 for breaking the whip rules on Thunderous in the Dante Stakes, one of the biggest wins in his career.

Advertisement. Scroll to continue reading.
In this article:Newmarket, Yarmouth