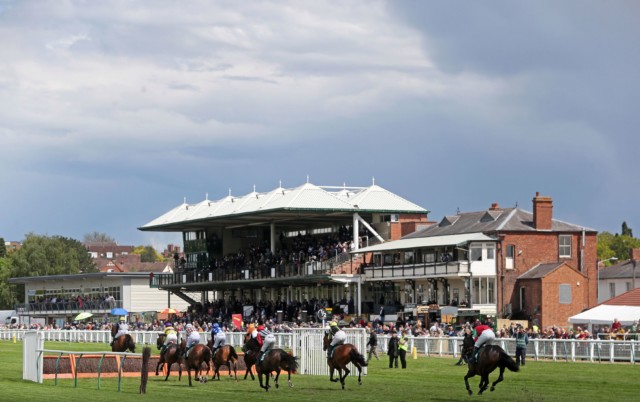 THE horse who landed a huge gamble at Warwick last week has defied a giant 52lb rise to win at the midlands track for a second time.

Danilo D’Airy was officially rated just 35 and raced from 38lb out of the handicap when winning 11 days ago.

He had been backed down from 100-1 to 13-2 – before winning comfortably on his chasing debut under jockey Jordan Nailor.

By racing out of the handicap that day, he was essentially carrying 38lb more than he would have been if the minimum weight was not set at 10st.

The handicapper took a dim view of his victory and tried to get his own back with a massive 52lb hike in the weights, up to a mark of 87.

But the horse continued his progress with a ready success over 3m1f at Warwick on Wednesday evening, this time under Gavin Sheehan.

His jumping was foot-perfect and though Max Dynamo, who finished second to him last time, closed up around the home turn, he could not get bridge the gap and was beaten three and a quarter lengths.

He was well-backed near the off – though nothing like on his previous start – returning the 5-4 favourite having opened up at 13-8.

Sheehan said: “I got some spin off him, he was brilliant.

“I loved the way he jumped, he was class. When I watch the replay back they came to me and I felt a bit of pressure underneath me.

“Then all of a sudden I had three jumps to go and I was out four lengths clear again.

“I think those five jumps in a row helped him, he can fill up around the bend and then you’ve got two more jumps.”

Owner-trainer Richard Bevis was questioned by stewards after the horse landed a huge punt on his previous start.

He said the eight-year-old, who cost £40,000, improved for the step up to three miles and switch to fences from hurdles.