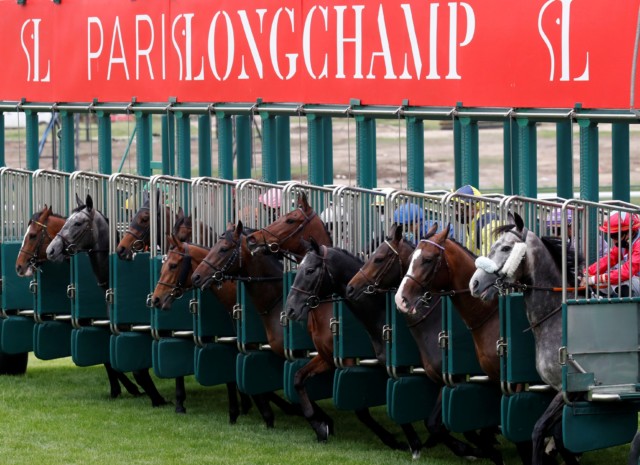 FRENCH racing was thrown into the unknown on Tuesday as yet another reversal meant the sport was suddenly halted in its key regions.

The government has stopped any racing in Paris and the north, which includes the likes of ParisLongchamp, Auteuil and Chantilly.

It is bad news for France, but also for British Racing who still hope to get underway behind closed doors on June 1 and will be looking closely at the situation across the Channel.

Racing resumed in France last Monday and has continued non-stop since. It throws a major cloud over the upcoming French Classics, including the 1000 and 2000 Guineas set to be run at Longchamp.

Some racecourses in France fall outside the designated red-zone – such as Deauville – but whatever the decision made, it will take major upheaval behind the scenes.

But France Galop boss Olivier Delloye insisted no fixture would be lost and that contingency plans would quickly be put in place.

He tweeted: “I hoped our contingency plans would not be necessary but they will for the forthcoming weeks.

“B-plan to be released soon. No fixture will be lost : racing goes on but we need to adapt to fast changing (and hard to read) rules.”

A statement from France Galop said: “After obtaining permission to resume racing on Monday, May 11, the parent companies learned during the day that a government decree specifying the terms and conditions for the opening of the racecourses would be published in the next few days.

“This decree should specify that horseracing is indeed carried out in the departments located in the green zones but not in those located in the red zones. The regions in red are Ile-de-France, Hauts-de-France, Grand-Est and Bourgogne-Franche-Comte.

“While the resumption of racing is reinforced by this decree to be published, the parent companies and the Federation Nationale des Courses Hippiques deeply regret that the racecourses located in the red zones cannot operate as they have done since May 11.

“The reinforced closed-door protocol and all sanitary measures have also been scrupulously respected since the resumption of racing on May 11. Regular controls have been carried out and have not revealed any problems.

“However, the parent companies take note of this decision, which regulates the conditions for the resumption of horseracing, and will apply the new directives from Thursday.

“Some prefectures, such as Paris, have already anticipated the publication of the decree by notifying France Galop and LeTrot this morning of the decision to prohibit the opening of their racecourses.

“The teams are working on plans to rearrange the May and June calendar and will announce as soon as possible where the races that were scheduled in the red zones will be held. This calendar will be subject to changes as soon as a red department turns green.”

Advertisement. Scroll to continue reading.
In this article:Auteuil, Chantilly, Longchamp