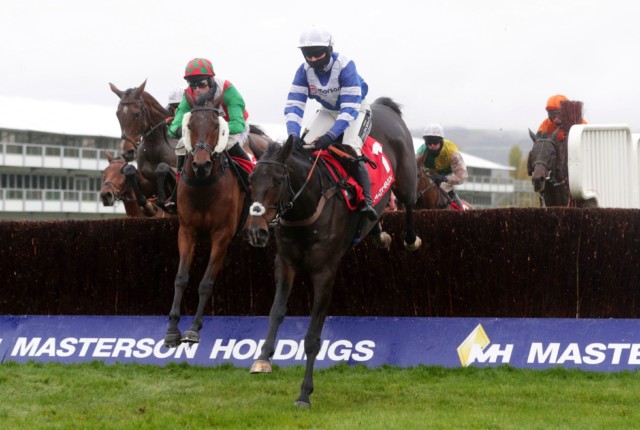 FRODON will go for Gold at the Cheltenham Festival after defying a huge weight under Bryony Frost on Saturday.

Trainer Paul Nicholls gave the thumbs up to a Gold Cup campaign following the eight-year-old’s gutsy win in the Matchbook Handicap Chase at jumps HQ.

Frodon is as short as 16s for the Cheltenham Gold Cup

It was a performance which left both Nicholls and Frost gobsmacked as the former Festival hero gave 17lbs and a beating to a classy field on his first run since March.

He led from pillar-to-post and produced a jumping masterclass, with West Approach in second and the rest nowhere.

Ladbrokes introduced him at 16s for the big one in March, and Nicholls has the race firmly in his sights.

He said: “I honestly thought he had it all to do today, especially with that weight. Paul (Vogt, owner) said he would love to run him in the Gold Cup this year.

“I said he’d have to win today if he was a Gold Cup horse and after that he has to be in the mix.

“He loves it around here so we will work backwards from the Gold Cup.”

Frost made history when becoming the first female jockey to win a Grade 1 at Cheltenham in the Ryanair on Frodon in 2019, and she couldn’t hide her delight.

She grinned: “His class came through and he was able to see that trip out really well under all that weight.

“He is another year older, he is not as much of a monkey in the paddock as he used to be, he used to be a right rascal.

“It was very different out there with no crowd, but hopefully everyone was cheering him on in their living rooms at home.”

Elsewhere at Cheltenham, Southfield Stone got his season off to a flyer and kept up the red-hot form of the Nicholls yard.

He jumped with aplomb in the Matchbook Novice Chase, and his trainer is eyeing a possible tilt at next month’s Paddy Power Gold Cup, for which he is 14-1 with the sponsors.

Nicholls said: “He is a nice horse and will win plenty of races. We have just got to place him in the right races. Going left-handed suits him better and that is the best he has jumped today.

“He would have won the Pendil at Kempton last season if he hadn’t walked through the ditch at the far side. He wasn’t quite jumping and his wind was troubling him a fraction, but we’ve sorted that out.

“I will enter him in the Paddy Power Gold Cup as he is a second-season novice and that could be an option. The other option is to come back for the novice chase at the meeting over the same trip.” 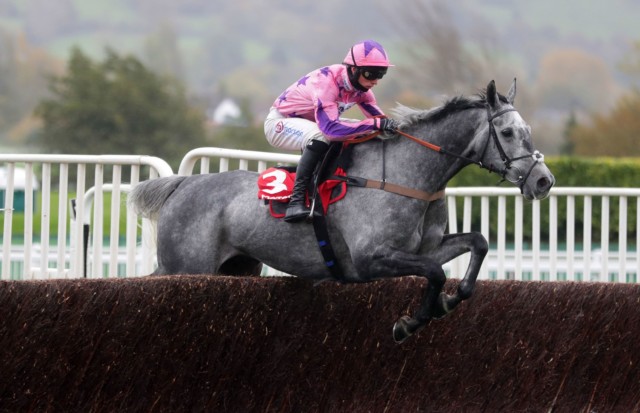 Botox Has returned from 10 months off the track to win the Masterson Holdings Hurdle.

He was given a 50-1 quote by Betfair for the Champion Hurdle, but connections hinted the horse could step up in trip.

Winning jock Josh Moore said: “He won nicely. He picked up quicker than I expected down the hill and he saw it out really well. I was hoping it wouldn’t turn into a test of speed, so I sat as close as I could to Harry (Skelton, on Allmankind) and he hit the hill and galloped out well.

“When I rode him here in the November meeting, I rode him with the future in mind and I took the wider route for the better ground at the time and he was a weaker horse last year. This time I rode him closer and I was quite confident he would give him (Allmankind) a race.

“The Elite Hurdle wouldn’t be for this lad, as it would be too quick (of a return) for him.”