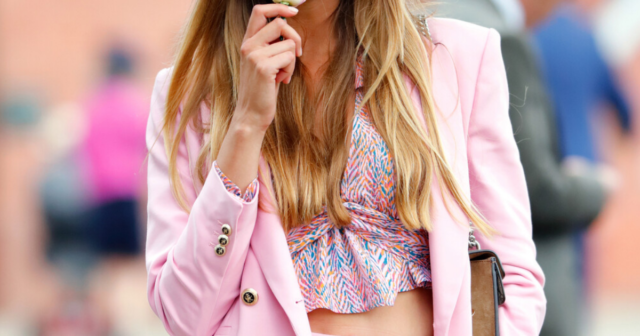 THOUSANDS of racegoers turned out as Glorious Goodwood opened its doors to a full capacity crowd on Tuesday.

With coronavirus restrictions lifted, Goodwood welcomed the biggest crowds at a British racing fixture in 16 months.

Glorious Goodwood welcomed back a full capacity crowd on Tuesday

Cheltenham and April’s Grand National at Aintree both took place behind closed doors, while Royal Ascot allowed 12,000 spectators each day.

But the bumper five-day racing extravaganza at Goodwood is expected to attract around 20,000 each day – and up to 100,000 over the course of the week.

Managing director Adam Waterworth reported that ticket sales for the glamorous affair started slowly but have now ‘sped up considerably’ with some areas now sold out.

“It was a slower start than we’d normally expect, until a few weeks ago there was uncertainty around numbers that could attend.

“But since the government’s statement sales have been so strong we’ve caught up. We’re expecting it to feel like a normal festival.

“We’ll have sold out the Gordon Enclosure for Saturday in the next day or two and then I expect the Friday and Thursday should follow suit, which is about where we’d normally be.

“The rest of the days we’re looking good and it’s looking pretty similar to the normal numbers which is great news.”

Glorious Goodwood is one of the undisputed highlights of the British racing and social calendar. 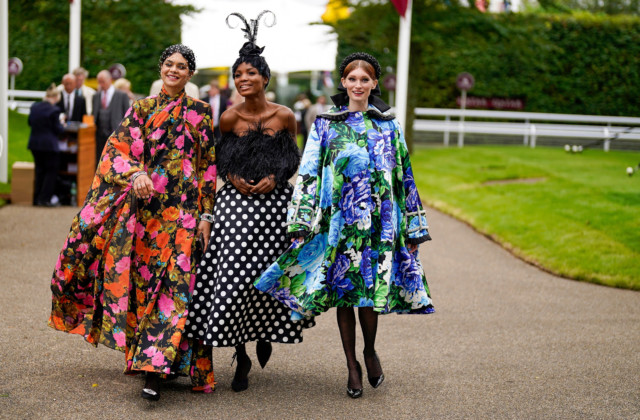 Glam punters flocked to Glorious Goodwood despite the rainfall 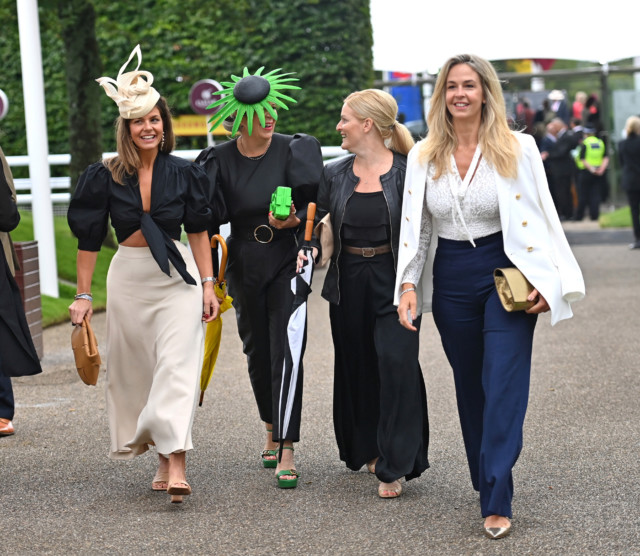 Around 20,000 spectators are expected each day after coronavirus restrictions were lifted 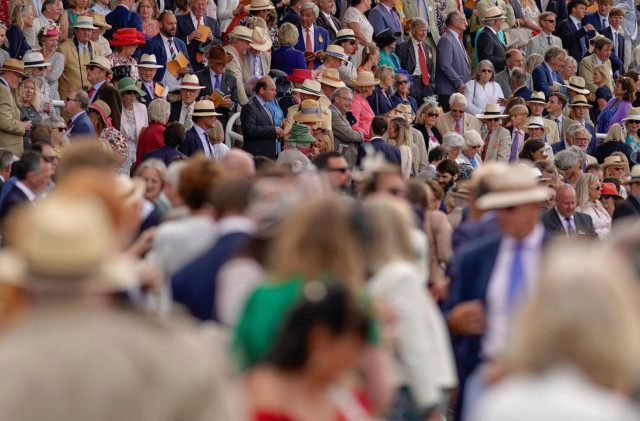 100,000 punters could pass through the gates over the five-day extravaganza

And fashion-conscious spectators clearly weren’t deterred by 16mm of rainfall overnight or the prospect of more bad weather today.

One attendee wrote: “Just fantastic to walk back into Goodwood to the sound of chatter and music. Very lucky to be here!”

Another said: “So good to have live sport back. Today at ⁦Goodwood – one of the most beautiful courses for a quintessential English day out!”

But those attending to see Stradivarius in action were left disappointed after a late withdrawal from the Al Shaqab Goodwood Cup.

The overnight deluge led to unsuitable ground conditions that forced John and Thady Gosden’s star stayer out of the race.

John Gosden told ITV: “Obviously we were very keen to do something that’s never been done before, which is win five Goodwood Cups in a row.

“He’s in great form, he’s full of himself, ready to run. But I’m afraid you got 60mm of rain since mid-day Sunday, and another bucketload last night.

“I walked the track out in the country with Thady, and the stick is going straight into the bottom – and it turns it into a bit of a two-mile slog.

“I think at his age you’ve got to play to his strengths – and also we made foolish decisions last year, one to run him at Longchamp on bottomless ground by the River Seine, which he loathed, and then even more stupid we ran on Champions Day on heavy ground at Ascot.

“Having made the mistake twice, we weren’t quite prepared to do the same again.”