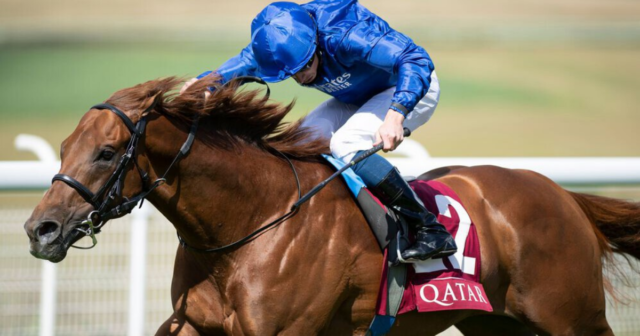 SPACE BLUES can lead home a Charlie Appleby one-two in the Lennox Stakes.

William Buick’s mount was impressive when winning this race 12 months ago and can see off stablemate Creative Force.

The latter ran well in the July Cup after blazing home to take the Jersey Stakes at Royal Ascot.

Safe Voyage came right back to form at Chester last time and was a solid fourth in this last season. He’ll be thereabouts, while Jessica Harrington’s raider Real Appeal is on the upgrade and could be overpriced.

You don’t see Frankie on many outsiders and there could be more to come from Fundamental who ran well in the Bunbury Cup at Newmarket.

HAZ a hope. Hasn’t won for two years but has a great record here with three victories. Was a good second in this 12 months ago when a little unlucky and went well enough at Newmarket last time. Can go close again.

BAR none. Third in this last year and has run well at this track a few times without winning. Put in a solid handicap effort over a mile at Sandown last time and that trip probably suits better. Needs more going back up in class.

POWER surge. Won the Group 3 Supreme Stakes over course and distance last season with some cut in the ground. Didn’t stay a mile at Ascot last time after running well in the Diamond Jubilee Stakes at the Royal meeting. Drop in trip looks wise and won’t mind if it rains.

ZAAM ain’t the man. Has few miles on the clock and all wins have come on the all-weather so far. Didn’t fire at Newcastle last time and stepping up to this trip may help. Turf efforts have been well short of this level.

KIN the mix. Was impressive when winning over this trip at Haydock last time. Looks capable of coping with this better grade but pick of form has come on soft ground. Needs some rain and would be a major player if the ground eases.

POGO-no. Solid handicapper who started this season with a Listed win at Leicester before coming up short twice at Group 1 level. This trip suits but he must raise his game in this company.

EIJI bargy. Has done most of his racing over a mile but his sole win came over this distance at Ascot on debut almost three years ago. Would be a surprise if he was up to this stiff challenge.

REAL hope. Has solid form in Ireland and stepped out of handicap class to win at Group 3 over this trip at Leopardstown in June. Trainer Jessica Harrington never sends one over without a chance and he could hit the frame at decent odds.

Harrington is no stranger to success at Glorious Goodwood

SAFE bet. Met trouble in running when fourth in this last year and landed Group 2 victories at York and Leopardstown afterwards. Came back to form when winning a Chester Listed contest earlier this month and he can go close.

SPACE race. Won this race in style 12 months ago when clearing away from a few of these. Stepped up to win a French Group 1 before landing a big sprint in Saudi. He handles any ground and clearly handles this track well. Trainer Charlie Appleby is on a roll and can land another nice prize.

ON Strike. Won a big-field handicap over course and distance last year but has struggled at Group level including when held by Kinross at Haydock last time. No obvious reason why he would turn that form around today.

FORCE of nature. Has won five of his seven starts including the Group 3 Jersey Stakes at Royal Ascot last time when relishing this trip. Was outpaced dropped in trip for the July Cup and will be happier today. Has more to offer and can push his stablemate Space Blues all the way. 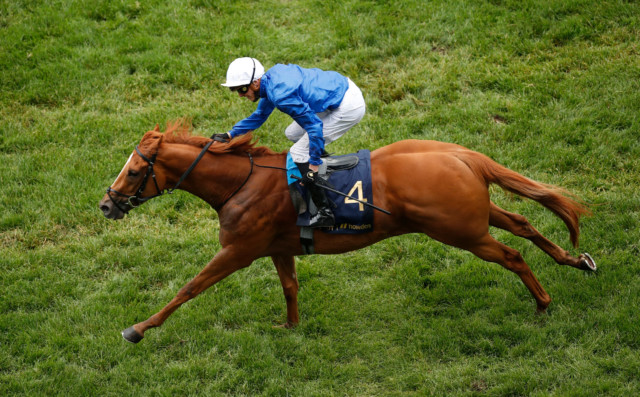 ONE gone. Has won just a minor race on the all-weather so far and clocked a career best when beaten four lengths over this trip in the Group 1 Dewhurst. Hasn’t shown much on two starts this season and this looks a tall order.

FUN bet. Only has two all-weather wins on his CV but ran well when fifth in the Jersey at Royal Ascot and went close in the red-hot Bunbury Cup at Newmarket. Likes this trip and open to improvement at big odds for Gosden and Dettori.