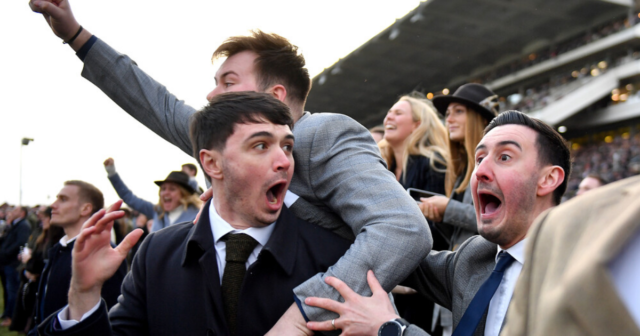 GORDON Elliott will saddle his first runners at Cheltenham since last December when the Showcase Meeting kicks off on Friday.

The trainer was given a six-month ban just days before the Cheltenham Festival after disgraceful images of him sitting on a dead horse surfaced in February.

He was set to run a huge squad of horses at the four-day carnival, but several of them were sent to other trainers while those remaining in his yard ran under Denise Foster’s name.

He returned from his ban in mid-September and is set to saddle a big team at Cheltenham this week – where crowds in excess of 10,000 are expected.

The Irishman has plenty of runners entered across the two-day meeting, with Friday’s declarations due to be made on Wednesday morning.

His runners are likely to be headed by the promising Off Your Rocco and the in-form Calagogo, who has won his last three starts.

Elliott told the Racing Post: “The plan is to have plenty of runners over the two days and it’s a meeting I’ve always liked having runners at in the past.

“Galvin won over there for us last year and we have a nice team of horses heading over this time.

“Off Your Rocco is improving all the time and won nicely at Limerick. He’s really getting the hang of things now and could run in the opening novice hurdle. That looks the right sort of race for him.

“We have Calagogo entered on Friday too and he’s another novice who’s coming along nicely. He’s won his last three and he’ll definitely be travelling I’d say.

“Buddy Rich could run in the novice chase and we have a few others entered on Friday who could run as well. We will have a few for Saturday too.”

Ian Renton, managing director of Jockey Club Racecourses West, said the track was eagerly anticipating the return of a ‘proper’ crowd of punters this weekend for the first time since March 2020.

He said: “We’re delighted a proper crowd can return to Cheltenham for the first time in what will be many, many months.

“Whether they’re owners, annual members of the general public, it’ll be great seeing people back.

“We’re always wary that things can change, but we’re optimistic we can go through a season with a degree of normality.

“It’ll be very special. We had fantastic racing last season, largely behind closed doors, but there’s no doubt Cheltenham is renowned for the atmosphere. For the jockeys to come in to the familiar cheers, it’ll make an incredible difference.

“The track looks fantastic and we’re looking forward to some great racing, There are no major changes; we’re just looking to do what we used to do so well.”