Grand National 2020: What connections have to say after the weights released for Aintree showpiece
Advertisement 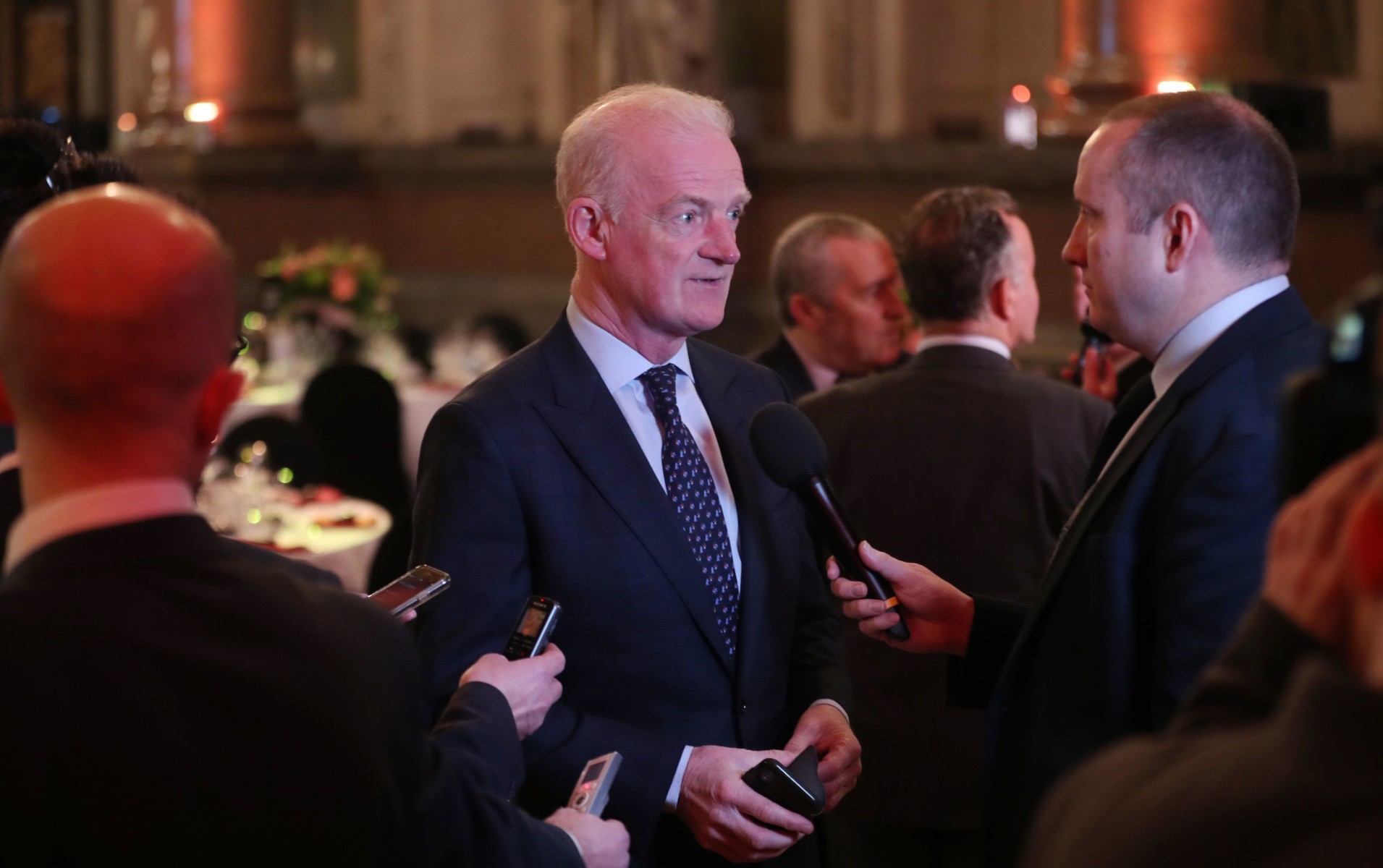 THE weights are out for this years Grand National and the trainers have had their say.

The race isn’t all about Tiger Roll, so we’ve gone through the best of the rest and put a handy guide together.

Lucinda Russell – One For Arthur 10’2

“I’m pleased – 10st 2lb is a lovely weight. If the weights go up a bit that will be fine, and if they don’t that would be even better.

“He’s 6lb lower than he was last year (finished sixth) and he’s on the same mark as when he won the National three years ago.

“We’d like to get a run in (at Haydock on Saturday), but we’ll have to see what the weather does – good old February!”

“I’m very happy with the weight he’s got and the horse seems in great form.

“You won’t see him again before Aintree. We’ve just got to try to keep him in one piece between now and then.

“In an ideal world we’d like soft ground, but that’s probably unlikely as the ground dries out so quick there.

“You never know, I suppose. Proper soft ground would be ideal.”

“I’m happy with the weight, it’s what we expected and we’re looking forward to it now. If you thought about it you could guess what he’d have.

“We’re going to France next. He’s been before, it suits him and it’s good money. Then there’s four weeks to the National.

“I don’t think he needs the ground soft. Aintree is a big, galloping track and he’s not just a plodder. We had a dry winter last year and he still showed solid form. It’s never quick on National day anymore.”

“Total Recall won the Thyestes – I’d expect this would be no problem for him.

“Cadmium probably won’t run. I ran him over three miles at Leopardstown and it didn’t work out.

“Pleasant Company has been placed in it before. He’s probably a bit on the agey side now. We were planning to qualify him at Punchestown but that has been lost, hopefully it might be on next week. He wasn’t himself earlier in the season, we’ll keep spring in mind for him.

“Class Conti might go and Chef Des Obeaux. I’m hoping they’ll all get in. They all stay and jump.”

“Bristol will head for the Gold Cup and then we’ll see what happens. Ballyoptic will definitely run in the National – he was still going well when he fell last year.

“Crievehill will head to Kempton for the old Racing Post Chase, that’s been a decent National trial in the past. I’m pleased with him.

“Cogry has been running brilliantly all season, he needs the (National) distance – he’ll love it.

“The Hollow Ginge won the other day and is a good jumper, Flying Angel has been round there before, too. Townshend is also back to form now.

“All the others will run if they get in, but with Bristol we just need to wait and see. If he wins the Gold Cup then he won’t run in the National. He’s only young still, so he might go next year.”

The Top 30 in the weights

“Magic Of Light is stuck at Bangor racecourse, hopefully getting on a ferry tonight – she won’t go to Exeter (on Sunday). Plan B is possibly taking on Tiger Roll at Navan this weekend over hurdles or she’ll go to Punchestown next Wednesday for a mares’ hurdle there.

“Jett will almost definitely run in the National if the ground is decent as I think he’ll love those fences and he’s got plenty of tactical speed. He’s run really well the last twice and they were in Grade One races.

“He’s really stepped up to the mark since he’s gone over three miles and I’m really happy with him. Moonshine Bay won’t get in.”

“OK Corral ran a nice race at Doncaster and him and Beware The Bear would be the two to aim at it.

“I don’t think Beware The Bear will go for the Cheltenham race he won last year, though. He needs a run, but I don’t think Cheltenham is the place to get ready for the National for him.

“OK Corral might go straight to the National, we’ll see.”

“I’ve hit six entered and might run three or four, but the main two are Yala Enki and Give Me A Copper.

“Yala Enki ran well in the Welsh National and won at Taunton. He’s got a similar profile to Neptune Collonges (Grand National winner in 2012) and will be ridden by Bryony (Frost) I expect, so it’s a good story.

“Give Me A Copper goes very well fresh so will go straight there. He’s got a lovely weight, only 10st 1lb.”

“Me and dad (Colin Tizzard) aren’t hiding the fact we’re keen to run Native River in the National, but Garth and Ann (Broom, owners) need to support the idea

“He does deserve to take his chance in the Gold Cup, but Dicky (Richard) Johnson is wise enough to know if he’s not going to win it he’ll look after him. If he was mine I might skip Cheltenham, but he’s got every right to run in it.

“Elegant Escape is capable of being placed in Ladbrokes Trophys and Welsh Nationals, but he’s not quite a Gold Cup horse. If he got into a rhythm he could go well in a National.”

“He’s in great order – he’s certainly a much stronger horse than he’s ever been.

“He’s really come to himself this year. I thought he was very impressive in the Classic Chase, the way he galloped to the line.

“He’ll go straight to Aintree. All his best runs have been when he’s been fresh. He’s full of confidence, so we’ll look forward to it.

“If we get a wet spring, I don’t see any reason why he won’t go there as a live contender.

“We’re only a small yard so it would be a fantastic story.”