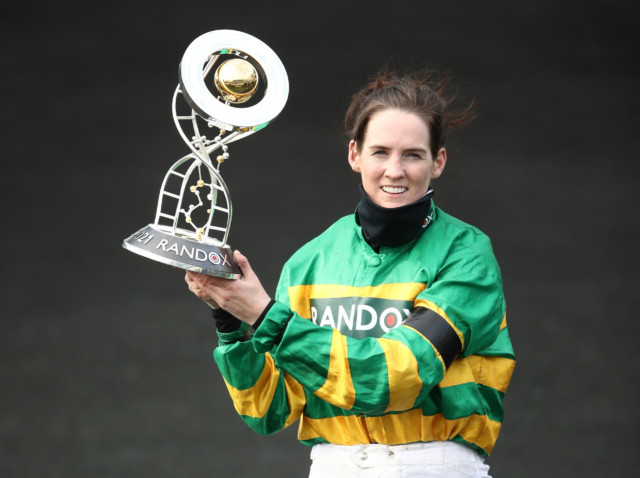 Doyle’s amazing 2020 campaign — including riding five winners at a meeting at Windsor — saw her take third behind Formula One ace Lewis Hamilton and Liverpool skipper Jordan Henderson in the BBC Sports Personality of the Year in December.

Rachael Blackmore smashed the glass ceiling at the Grand National

But Irish jockey Blackmore, who became the first female to win the world’s most famous horse race on Saturday, with her victory at Aintree on Minella Times, is unlikely to be nominated.

Rules state the “recipient must either be British or reside and play a significant amount of their sport in the UK”.

She said: “It’s a shame if Rachael can’t be nominated for Sports Personality of the Year, because she deserves to win it.

“She’s achieved twice or even treble what I have ever achieved.”

Aside from winning the National, Blackmore also last month became the first female to be the leading jockey at the Cheltenham Festival.

The Irish rider, 31, had six wins, more than the entire British training contingent. Her victory on Honeysuckle was the first by a female in the Champion Hurdle.

But in the current UK jumps season, which began last April, she has had just 30 rides, compared to 516 in the Irish campaign. 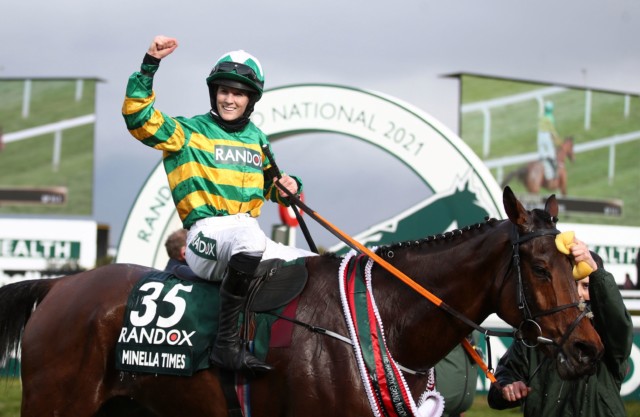 Doyle said she and other jockeys cheered on Blackmore on Saturday in the weighing-room at Wolverhampton.

She added: “It was unreal. I was nearly crying and it sent shivers down my spine. God knows how Rachael felt.

“She is such a great jockey, she is better than most riding at the moment. She is the full package. I’ve never met her, but I’d love to.”

Doyle said she appreciated the brilliant ride from Blackmore, despite her competing in a different code, over fences — and a distance more than a mile-and-a-half further than any Flat race.

Doyle added: “She had a lovely position throughout the race on the inside, she wasn’t too crowded.

“She had plenty of space to manoeuvre but she went the shortest way. Her strength and fitness is amazing, on top of her incredible talent.

“Rachael said after the race, ‘I don’t feel male or female right now — I don’t feel human’. Well, she is a machine! She is exceptional.

“Her smile said it all — it lit up Aintree. She is someone people around the world can latch on to and is a great role model.” 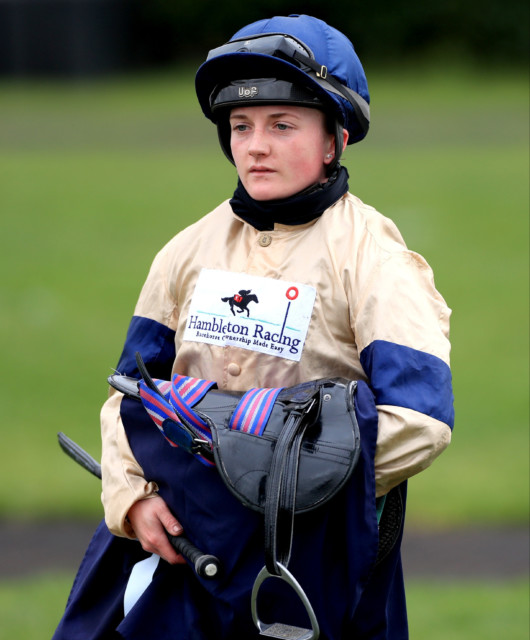 Pay is the same for male and female jockeys in racing and Doyle says she did not ever think about any divide in racing.

She said: “I know Rachael won’t have crossed the line thinking, ‘I’m the first woman to win the National’. I’ve never had that coming into my head after any race I’ve won.

“It is not significant, you just see yourselves as a jockey.”

Doyle is 9-2 fourth favourite to create history and be champion Flat jockey this season, with the title race starting on May 1.

She said: “It is pretty ambitious to think I could be. I’d love to be but I know my chances aren’t very realistic, but you never know.

“I’ve not set myself any targets for the season.

“I just want to ride as many winners as I can and get on some good rides and Group winners.”

“After a disappointment, you have to respond and that’s the mentality we want to show next week.”