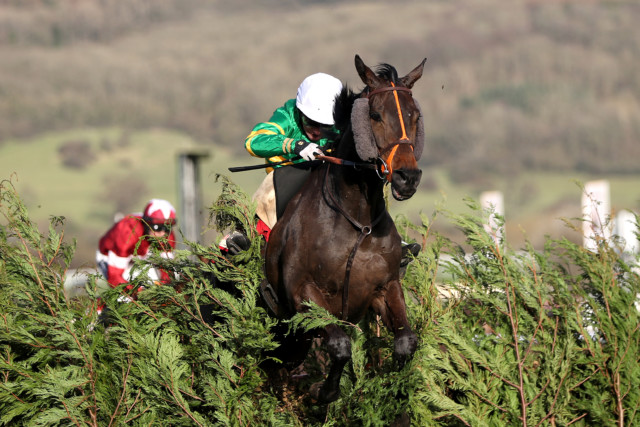 JUMPING heavyweights Tiger Roll and Easysland will renew their rivalry at Cheltenham this Friday.

Both are on course for the Cross Country race on the opening day of the November Meeting at the home of Jumps racing. 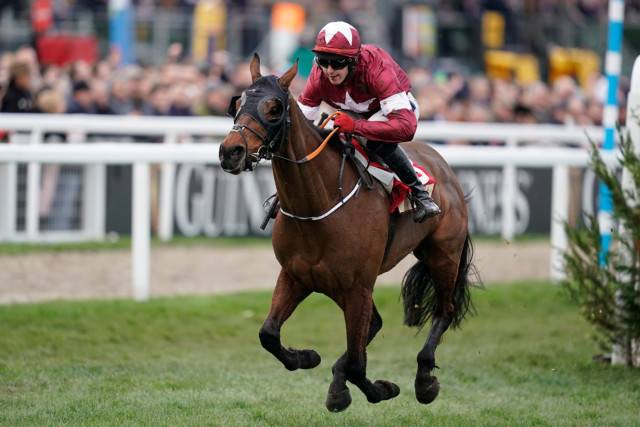 Tiger Roll reappeared recently with a rare outing on the Flat

And the bookies strongly fancy French raider Easysland to get the better of the two-time Grand National champ Tiger Roll.

When the pair met at the Festival last time out, it was Easysland who ran out a convincing winner.

But in March, Tiger Roll had one eye on the National at Aintree and he’s already had a warm-up on the Flat in preparation for this.

Easysland has not been seen on a racecourse since his Festival demolition nearly eight months ago.

Both have bigger days to worry about, but it’s a thrilling clash so early in the Jumps season.

Tiger Roll will of course be going for a historic third Grand National, looking to emulate the great Red Rum.

While Easysland will have another Festival win on the radar, with the Gold Cup even a possibility.

Tiger Roll’s trainer Gordon Elliott told the Racing Post: “The plan is to run on Friday, although I will be keeping a close eye on the weather.

“I wouldn’t want the ground to be very soft for him, but otherwise it’s all systems go. It will be great to bring him back to Cheltenham.

“As we all know, he loves the place, especially when the ground is decent.

“I was pleased with his reappearance at Navan. It was the stalls that caught him out and he was very slowly away but, in fairness to him, he wouldn’t be used to them at all.

“It was probably a shock to the system. I was happy with him and how he ran overall. It was his first run since March you have to remember.

“He seems to be in very good form since then and it will be nice to get a spin into him around Cheltenham.

“The aim has always been to get him back there for the cross-country in March and this will be another stepping stone towards that.”

Elliott has started the season all guns blazing with winners galore in Ireland.

But French handler Cottin is equally as happy with horse ahead of the clash.

He said: “Easysland is in good form. He won’t be at 100 per cent as this is not his main objective but I expect him to run well for his comeback.

“He is really well suited to the course at Cheltenham, he handles the travelling well and finds everything easy when he is over there.

“He really is better around there than at other racecourses and I think he can improve still further.”