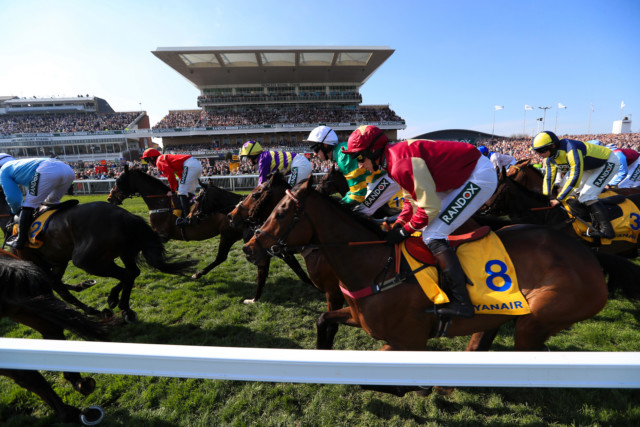 IRISH raider Some Neck is the latest livewire in the betting ahead of Saturday’s Randox Grand National at Aintree.

John McConnell’s ten-year-old has been backed into 25-1 from as big as 40-1 this morning.

He finished third to a resurgent Tiger Roll in the Cross-Country Chase at the Cheltenham Festival.

“Some punters clearly think that the experience he has picked up in cross-country races stands him in good stead for competing over the National fences at Aintree.”

Meanwhile hot favourite has been eased out to 4-1 from 7-2 with Paddy Power.

Officials continue to water the track and with Jonjo O’Neill’s horse preferring genuine good ground, punters might beginning to cool their interest.

But Betway’s Chad Yeomans reports him as their biggest loser.

He said: “Since Cloth Cap won at Newbury it’s been one-way traffic. We knew what he was capable of before Cheltenham but he solidified that with another impressive win.

“We’ve kept him at 4-1 since but the only horse that would have been matched him in the book was Tiger Roll.

“Any Second Now has been popular at each-way odds as has Minella Times with the Rachael Blackmore and Henry De Bromhead factor clearly playing a role there.”