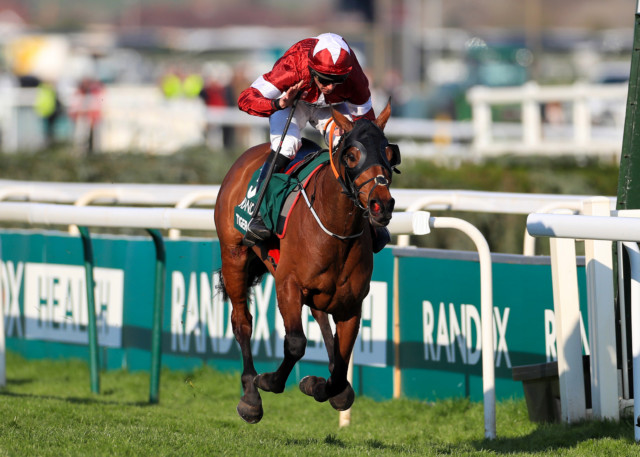 THE Grand National should be bumped back by a week so that punters can have a flutter in a betting shop.

The Betting and Gaming Council are urging racing authorities to delay the flagship race, due to take place on April 10, two days before bookies are due to reopen.

Tiger Roll won the 2019 Grand National – the last time the race was runFans won’t be allowed into the famous race, but punters could be allowed to go to the bookies

Boris Johnson announced yesterday that non-essential shops, which includes bookies, will reopen on Monday April 12, as part of Step Two of his roadmap out of lockdown.

It is thought around £125 million is staked on the world famous race, with most made in person.

Traditionally it’s also the only time of the year many punter stick any cash on the horses.

The Betting and Gaming Council say delaying the festival, held at Aintree, near Liverpool by just a week would boost the hight street and shuttered bookies.

Last year the showcase event was cancelled because of the pandemic.

Michael Dugher, chief executive of the BGC, said: “Delaying the Grand National until betting shops are open is definitely an idea worth exploring.

“I appreciate that this is not without its challenges, but we are willing to do all we can to help iron out any difficulties.

“Ensuring that the once-a-year punters are able to pop in to their local bookies to have a flutter, supporting their local high street, on the world’s most famous horse race would also help make the Grand National a truly national celebration as we begin to reopen the economy.

“And it would ensure that we engage as many people as possible in this great British event, showcasing the fabulous sport of racing.

“This would also provide a much-needed and timely boost for racing and the high street after such a torrid year for both.” 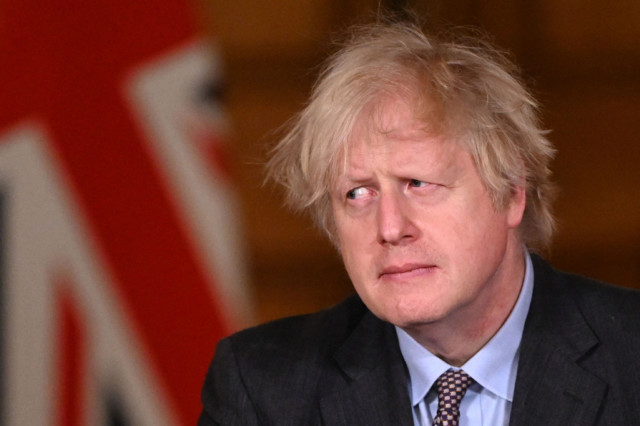 Boris Johnson unveiled his roadmap to recovery on Monday

An ESA Retail found that 89 per cent of betting shop customers combine their trip to the bookies with visits to other local businesses, meaning delaying the Grand National until after April 12 could also be a huge boost for high streets across the country.

Aintree’s former managing director John Baker, who left his role last year, said the course has a track record of innovating and adapting, and that the flexibility to move the race in extraordinary circumstances was something management was always aware of.

He told the Racing Post: “My personal view would be that these are extraordinary times and Aintree has always been an innovative place.

“We changed the time of the race, the start and the distance of the race and the fences all to help attract a bigger audience and make for a better race for the Grand National.

“So [moving the date] is something that I would say is possible. Whether there’s an appetite for it, I don’t know and wouldn’t be in a position to say.”

The Jockey Club, which runs Aintree, declined to comment.