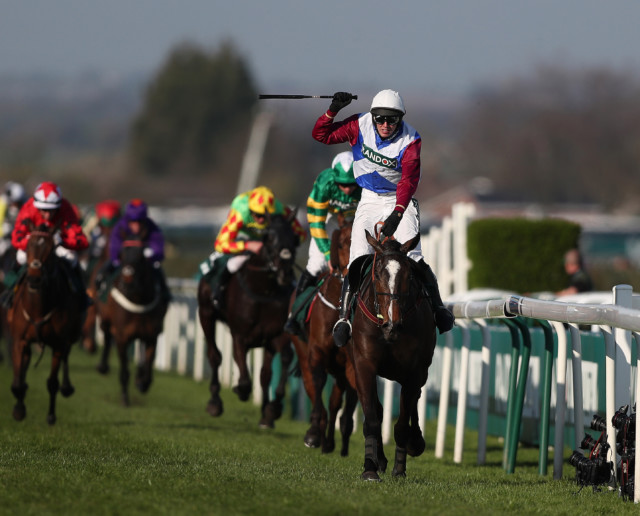 TRAINER Lucinda Russell paid an emotional tribute to Grand National winner One For Arthur who has been retired from racing.

The 11-year-old won at 14-1 around Aintree in 2017 under Derek Fox – but injury has restricted him to just six starts since then.

He became the first Scottish-trained winner of the National in 38 years and Russell described the horse as “our much loved warrior”.

He returned for a second crack at the four-mile marathon in 2019 and finished a creditable sixth behind Tiger Roll. He was pulled up in Haydock’s Grand National Trial nine months ago in his final outing.

A statement on lucindarussell.com read: “With mixed emotions, (owners) the Two Golf Widows and Lucinda Russell Racing announce that One For Arthur, the 2017 Randox Health Grand National winner has been retired; we have decided to call time on the racing career of our much loved warrior.

“We are immensely grateful for what Arthur has done for us and the journey that he has taken us on. It was a huge privilege to win the National for Scotland, and the recognition and opportunity that he brought us and Scottish racing was tremendous.

“While the temptation was always to race him again, we knew that there would be a time when it would be right to call a halt to his racing career.

“We are delighted that he is fit and well and will now retire to an active life – and we wish him a happy and long retirement.”

One of the Golf Widows, Deborah Thomson said: “Arthur has taken us on an incredible journey, one that we will forever be grateful to him for.

“He is a once-in-a-lifetime horse with great presence, and we are so pleased that he can look forward to a relaxing and enjoyable time post-racing.”

One For Arthur won seven times from 25 starts during his career, amassing prize money earnings of £674,299.

Advertisement. Scroll to continue reading.
In this article:Aintree, Haydock