Hayley Turner was absolutely right to call out John Egan – but where was she when Bryony Frost needed support?
Advertisement 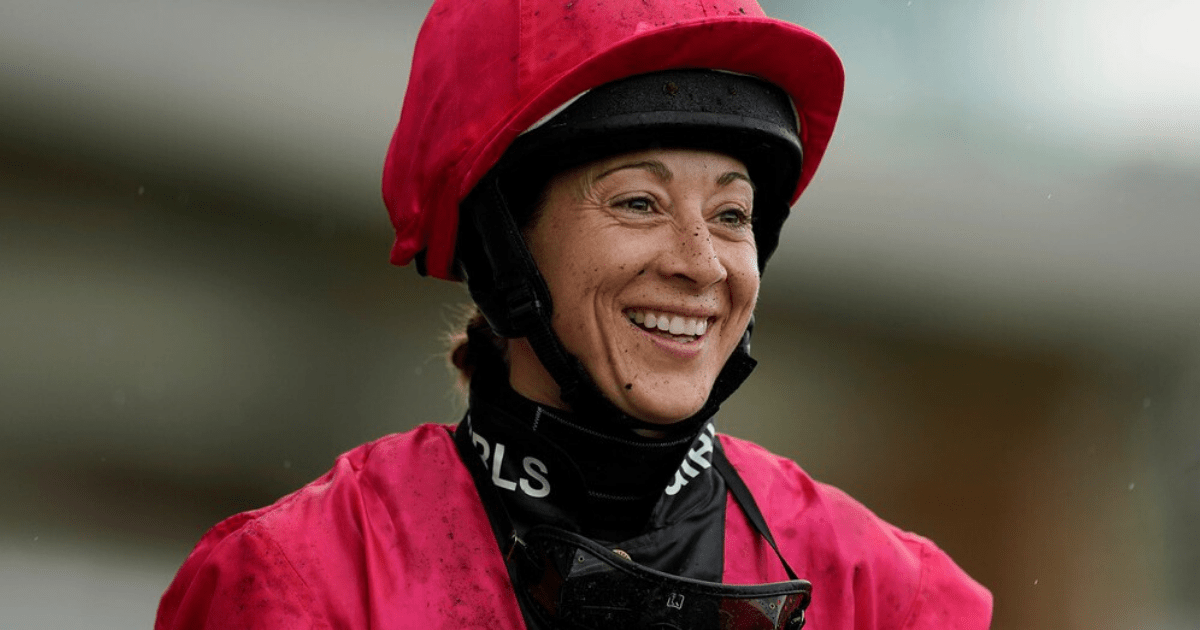 THERE are some people whose words carry a little extra weight.

In our racing bubble, Hayley Turner is one of those people. When she speaks, we listen.

That’s the kind of respect you build up when you become the first female champion apprentice and the first woman to win a Group 1 outright in the UK.

So when she decided not to take any s*** from John Egan at Chester races last weekend, it made headlines.

She was bang on – the way Egan behaved was unacceptable, so she should be applauded for calling him out.

He launched into a foul-mouthed tirade towards Turner after the second race, when her horse had pestered Egan’s for the lead.

The stewards slapped him with a 10-day ban for improper conduct, and Turner said afterwards: “I’ve been in the weighing room for 20 years and I’ve seen it all, but the way things are now it’s not acceptable to do that.

“People have turned a blind eye a bit too often to things like this in the past and, for me, this just went too far.

“You cannot speak the way he did and we cannot have a workplace where it’s allowed to happen.

“Hopefully it will put anyone off saying those sorts of things and I had a really strong reaction from other riders on the day encouraging me to report what happened.”

So it begs the question – where was Turner when the Bryony Frost and Robbie Dunne bullying saga was reaching its climax?

I tell you where she was – on Twitter plugging a press release from a group of ‘unnamed female jockeys’ which essentially threw Frost under a bus.

A simple message of solidarity from Turner could have gone a long way to easing Frost’s feelings of isolation and vilification.

Instead she gave the anonymous jockeys a leg up as they hung Frost out to dry.

I don’t know if there are any personal issues between Frost and Turner – there is a lot of jealousy towards the Cheltenham Festival-winning jockey in some quarters.

But given Turner is a role model and inspiration for young aspiring female athletes everywhere, the stance she took in the Frost-Dunne case was a major shock.

For all she is absolutely right to stand up to Egan and call him out, her statement smacks of hypocrisy.

Talking of Robbie Dunne, in just eight days’ time he will have served his ban and be free to take up rides again.

I know, I can’t believe how quickly the last year has gone either. I blame it on all those hours spent playing Wordle.

Dunne was originally going to miss virtually the entire 2022-23 jumps season, but after the barmy appeals board slashed five months off his ban he will be back on a racecourse near you on October 9.

It will be fascinating to see how the sport reacts to his return, and whether the time that has passed since he was found guilty of bullying Frost has healed any rifts in the jumps weighing room.

Dunne was given plenty of rides by the likes of Ian Williams and Neil Mulholland last winter before his suspension and they are certain to support him again.

Frost, meanwhile, saw her rides completely dry up, outside of her boss Paul Nicholls and old ally Neil King.

It was a terrible few months for the sport, when the victim of relentless bullying and misogyny was treated as some sort of pariah for breaking the ‘unwritten code’ of the weighing room by speaking out.

This unwritten rule stuff is complete and utter nonsense, so fair play to both Frost and Turner for ignoring it.

But it’s a crying shame that, back in December, when Turner had the chance to throw Frost a life vest she lobbed her a breeze block.

As I said, Turner’s words carry weight – and they dragged poor Bryony down.

Did you miss our previous article…
https://www.sportingexcitement.com/horse-racing/ten-cigars-a-day-lives-alone-and-up-at-4am-racings-biggest-character-sir-mark-prescott-and-arc-hotshot-alpinista/