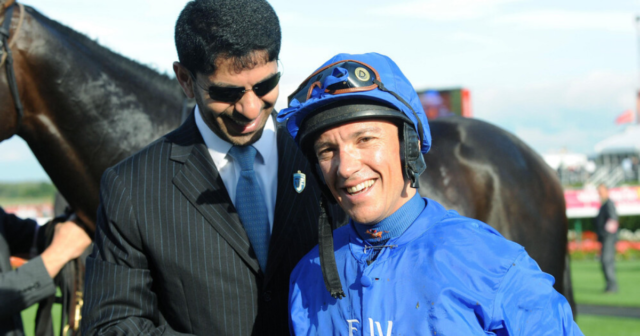 THE famous Frankie factor looks to be kicking in, with Real World being backed by punters for the Coral-Eclipse.

Top trainer Saeed bin Suroor has sparked talk Dettori, 51, is set to get the ride on the Godolphin horse at Sandown on Saturday.

The five-year-old has finished runner-up to brilliant Baaeed on his last two runnings over a mile and it looks the step to ten furlongs could suit.

Bin Suroor – who used to be No1 at Godolphin just like Frankie – backed his old ally to come good after his split with John Gosden.

He said the Italian remains the best in the world and has been for the past 30 years, fuelling talk he will hand Dettori the exciting ride this weekend.

Bin Suroor said: “Frankie has been my friend for 30 years, and I’m going to support him.

“Frankie is the best jockey in the world and has been for the last 30 years. He’s still at the top and I’ll give him all my support – I’m going to give him rides.

“We have a very good history. We’ve travelled all over the world in big races from Hong Kong to Australia to Japan, America, Europe, Dubai, and we’ve had good results over the years.

“I’m always going to be in his corner.”

Dettori has no booked rides this week at the time of writing so is free to go wherever he wants.

He showed Gosden what he is missing out on last weekend when guiding Lezoo to victory at Newmarket and celebrating with a trademark flying dismount.

Real World is into 7-1 with some bookies, while French Derby winner Vadeni remains the general 2-1 fav.

Bin Suroor, 53, said he will delay on a jockey booking until later in the week – but that the horse is primed for whoever gets the leg up.

He said: “He had his last piece of work on Monday and it’s all systems go.

“He came out of Ascot very well. The handicapper thinks he’s improved another 5lb so who am I to disagree?” 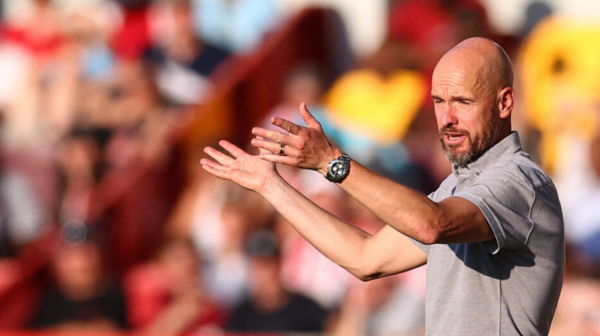