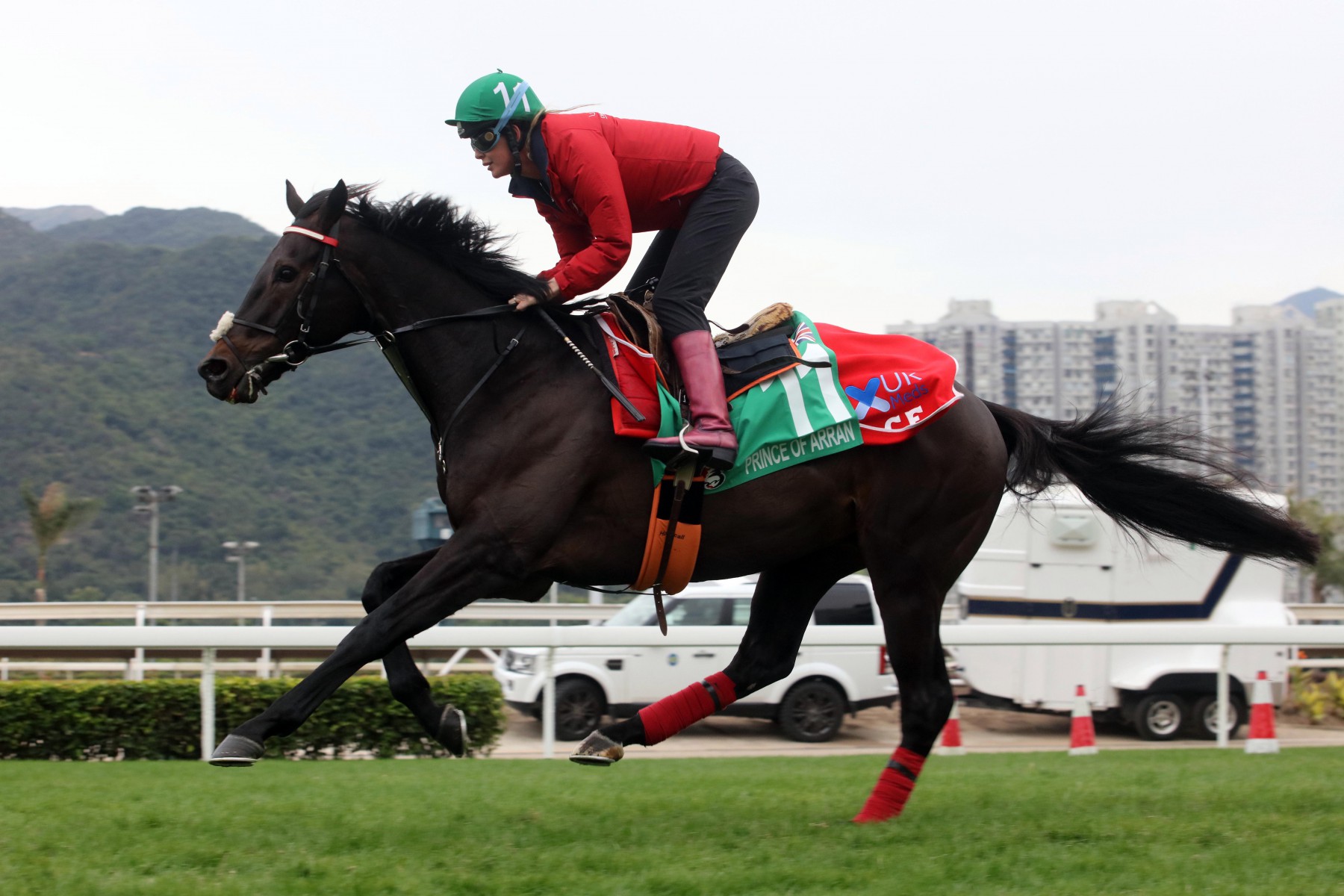 PRINCE OF ARRANS worldwide tour has shown no sign of let-up as the show rolls on to Sha Tin this Sunday.

Travel companion Natasha Eaton has been with the Charlie Fellowes-trained globetrotter since September and is raring to go ahead of their shot at the 2 million Hong Kong Vase on Sunday.

Former jockey Eaton and the horse have struck up a real bond of late and a growing online following have tuned in for the ride.

After another bold run in the Melbourne Cup, where the six-year-old finished runner-up, Eaton is hopeful he can once again shine on the world stage.

She said: Hes had a remarkable time of late, we went out to Australia with him during the middle of September and hes been on the road ever since, but he just loves it.

Hes not put a foot wrong since weve travelled over to Hong Kong.

I havent been back since I came over! Its a lot different from being in Newmarket every day and Im owed some days off when I get back but its been busy and I love it.

Ill be off to Dubai next with a couple of horses, then well probably be going to Saudi Arabia with Prince Of Arran after that before back to Dubai for the World Cup night at Meydan.

The horse is following a familiar route as the team came to the Vase after his third in the Melbourne Cup last autumn.

But they are hoping for better luck at Sha Tin last time after a horror draw in 14 last December ended any hopes before the race had started.

Fellowes was happy to leave the draw up to Eaton this year and she picked well drawing stall eight – a lucky number in Hong Kong.

A top four finish on Sunday would take his career earnings to over 1.5 million and Eaton explained how much the horse means to the team back in Newmarket.

She continued: Hes just an incredible horse to have around, and he means so much to me, and not just to me but to Charlie too and also just to the team at home.

Its incredible to have a horse like him around everyday and the owners have had such a time with him.

Hes racing as well as ever, loves his travelling and Im not going to complain when he keeps taking me to all these places!

Eaton is realistic of the task her partner faces with not just the likes of Anthony Van Dyck, Deirdre and Young Rascal in opposition, but also local star Exultant.

She added: Michael Walker is coming across to ride him again and they get on so well.

Its quite an open race, but weve got to be realistic and a top three or four finish would be an amazing result for the team again.

His run in the Melbourne Cup was huge as we all know and if he can produce something like that again, who knows?

Its a hot race as youd expect for a big one over here and with the Derby winner in there and some good local horses, its just brilliant to be a part of it.

Fellowes wont be in Hong Kong to witness his flag-bearer this time around, but you can imagine there will not be a dry eye at Bedford House if Eaton and Prince Of Arran can once again cause a supposed upset.