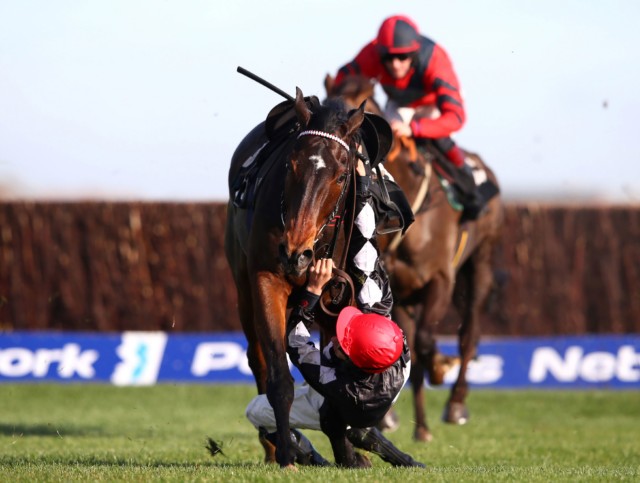 THIS is the shocking moment a jockey came just inches from being trampled by his horse during a spectacular fall.

Chester Williams somehow managed to wrangle his way out of serious danger after falling off One For The Team during a race at Newbury. 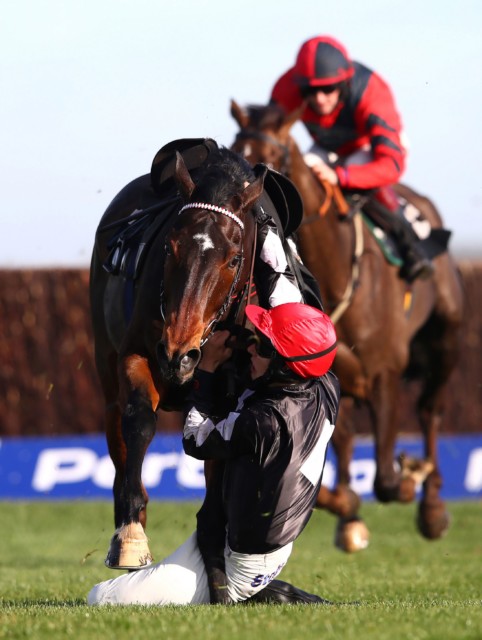 Williams’ ride started the race as 7-4 favourite and looked perfectly poised to mount his challenge five from the finishing post.

The Nick Williams’ trained horse appeared to be powering towards leader Kalooki as they turned for home in the 2m 6f race.

But disaster struck at the final fence as a tired-looking One For The Team faltered through and unseated Williams in the process.

The jockey fell forwards and landed bum first on the turf with the horse’s front and hind legs missing him by mere inches.

Williams was sent somersaulting through the turf as the horse ran on while Kalooki, ridden by Richard Johnson, won easily on his chasing debut.

“I don’t mind punters bemoaning a bad ride but can’t stand the idiots that abuse jockeys and it’s important to remember that they put their bodies on the line.”

Williams appeared not too badly hurt though, and he is set to race again at Wincanton on Saturday. 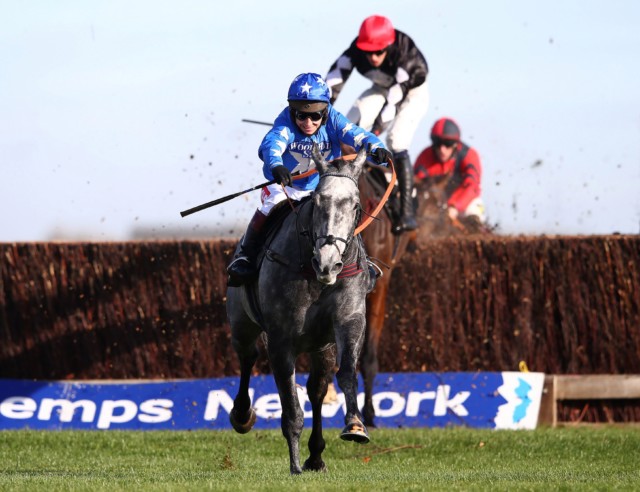 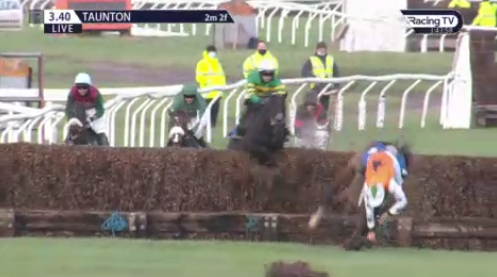 The conditional jockey had another disaster at Taunton

But this is the second nightmare fall he has suffered in the space of just eight days.

He looked to be cruising on 3-1 shot Folly Gate in the Thatchers Cider Novices’ Handicap Chase at Taunton last Wednesday.

But a blunder at the tenth saw him lose his ride again and smash to the floor.