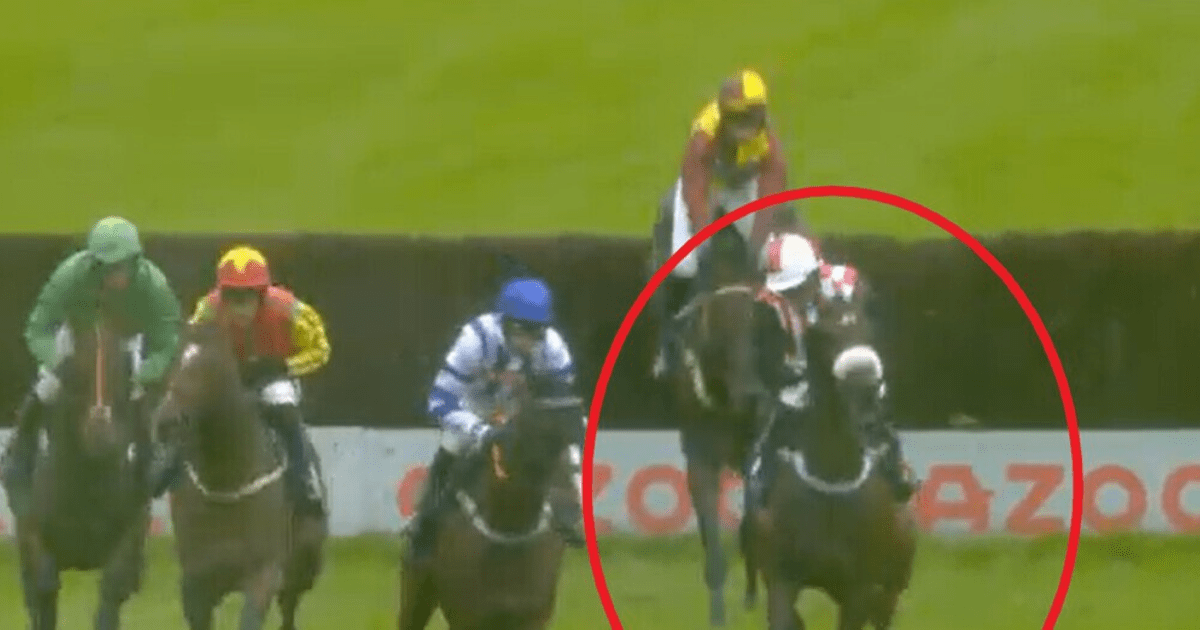 JOCKEY Page Fuller has opened up on the horrific moment she suffered a stroke mid-race.

Fuller, 27, said she was blind in one eye when competing at Fontwell last Friday.

Fuller could be seen moving her head to one side as she suffered her ‘mini stroke’ mid-race, causing her to be blind in one eye temporarily

Fuller, 27, is now focusing on regaining full health before she can make any return to the saddle

The jockey could be seen turning her head to one side when riding Touchthesoul, who she pulled up after the first fence.

Fuller has now revealed she suffered a ‘mini-stroke’ as the result of an earlier fall.

Speaking from hospital in Swindon, Fuller told the Racing Post: “I jumped off feeling absolutely fine, but then felt a bit funny and couldn’t really see anything on my right side.

“I was down the inside and couldn’t see any of the horses to my right.

“I looked round and could see them with my left eye, but not my right eye.

“Coming into the fence, my vision went right down and I could only just see it, but, luckily, the horse was a bit of a life-saver and got me over.

“When I went to pull him up, I realised my right arm was weak and in spasm with pins and needles.”

The jockey said she had suffered whiplash after falling at Plumpton a few weeks before.

She suffered a torn artery in her neck which clotted, causing the stroke.

Fuller, who has been for an MRI scan, added: “Hopefully there’s no significant brain damage, but you only know that when you try to start doing stuff.”

Her two best wins in the saddle have come for trainer Jamie Snowden.

Together they teamed up to land last year’s Grade 2 Jane Seymour Mares’ Novice hurdle for a £13,000 winner on Anythingforlove.

And in May 2018 they celebrated a £25,000 prize after winning the Pertemps Network Long Distance Handicap Hurdle at Haydock on 11-1 Monbeg Theatre.

Fuller has earnings of just under £750,000 from her performances in the saddle over the past five seasons.

She hopes to leave hospital this week and continue her rehab at Oaksey House in Lambourn.

She added: “I feel confident I haven’t had any significant effects in terms of dexterity, so hopefully I can get back to normal, but you can never take that for granted.”