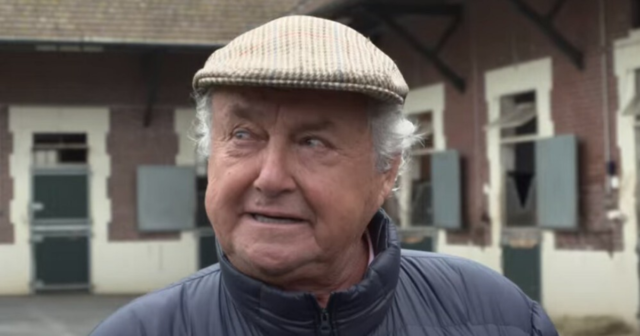 RACING icon Alec Head – who won the Derby once and the Arc de Triomphe four times – has died at the age of 97.

A giant of the sport, Head was a former jockey who became a legendary trainer and seminal breeder.

Head leaves behind, among others, children Freddy and Criquette and grandson Christopher, who have continued his Haras du Quesnay racing dynasty.

Nuccio gave him his first victory in the race in 1952 before Saint Crespin seven years later.

It was testament to Head’s timeless techniques as a trainer that his final win came in 1981 with Gold River, 29 years after his first.

Head was also victorious in the 1956 Epsom Derby with Lavandin, one of many winners in Britain and Ireland.

But it was in France, where he was labelled the ‘patriarch’ of racing, that he had his most success.

Of the many top horses associated with the Head family, Treve stands out as the most recent star.

She was named 2013 European Horse of the Year after winning the Arc, Prix de Diane and Prix Vermaille.

One racing fan wrote online: “RIP Mr Alec Head. One of the greatest racehorse trainers of all time.”

Another said: “Sad news as Alec Head, the legendary breeder, former jockey and trainer, and scion of one of the most notable dynasties in French racing, has died at the age of 97.”

While another comment read: “Alec Head. One of the greats. Trainer, breeder, sire. From racing royalty. May he rest in peace.”