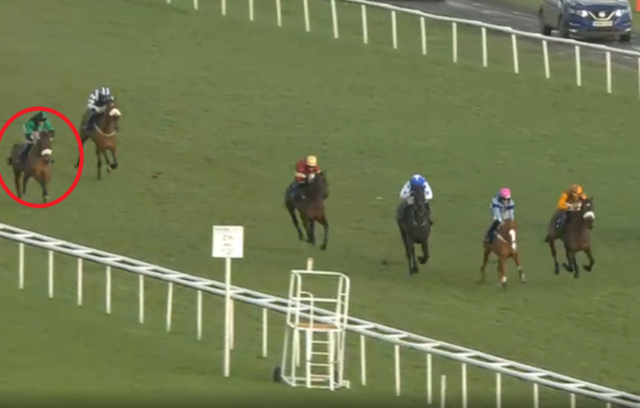 A HORSE who finished like a train landed his ‘amazed’ trainer a £4,000 fine after a controversial ride caught the eye.

Jockey William Shanahan was hit with an 18-day ban after falling foul of the non-trier rule at Doncaster on Thursday. 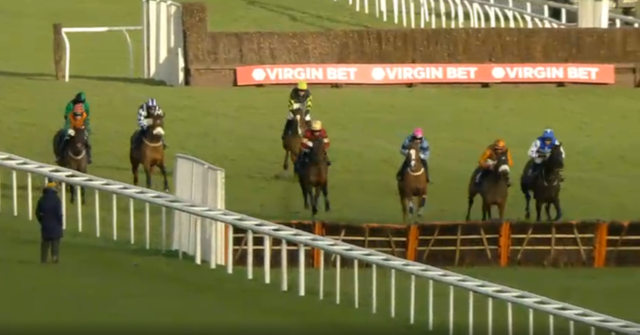 One to note! Formerly rated 100 on the level with Jim Bolger, Geometrical makes it a winning start to life over hurdles for @tlawes23, and brings up a double for @kevinbrogan109! pic.twitter.com/xyoj3AmJkG

The five-year-old finished just shy of 14 lengths behind 100-30 winner Geometrical.

But stewards were alerted to Shanahan’s tactics on Flaming Ambition, and in particular his ‘tender hands and heels ride’.

Their report added that the horse was ridden ‘with a level of restraint’ despite ‘travelling strongly throughout’.

In evidence, Shanahan said the horse ‘made a respiratory noise’ during the race, but he did not report this when weighing in.

The conditional jockey also said Flaming Ambition ‘was going as fast as it could and only passed tiring horses having jumped the final flight’.

But the stewards took a dim view of his ride and said: “Shanahan was suspended for 18 days and Hanmer was fined £4,000 for schooling and conditioning the horse on the racecourse.

“Shanahan had failed to ride his mount in such a way that he could be seen to ask for timely, real and substantial effort to obtain the best possible placing.”

The horse was also banned from racing for 40 days.

Hanmer told the Racing Post he was ‘amazed’ by the severity of the punishment and could appeal.

He said: “I’ll speak to the owners but they were amazed and, like us all, disappointed by what’s happened.”

Hanmer did accept the jockey could have done more to get the horse in a better position in the home straight.

But he said that ultimately he was happy with Shanahan’s effort.

In reply to a tweet saying Geometrical was the horse to note from the race, one user said: “Ahem, the one in fourth at the end is the ‘one’.”

Did you miss our previous article…
https://www.sportingexcitement.com/horse-racing/hes-a-cracking-each-way-ruby-walshs-cheltenham-festival-tip-could-ruin-punters-bets