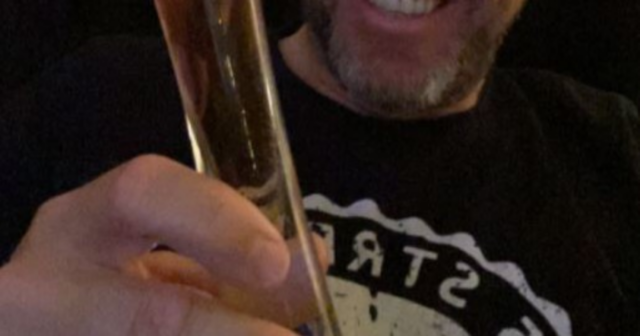 LEE WESTWOOD has made around £50million during his career on the golf course – but it was one of his victories off it that reduced him to tears.

Ryder Cup hero Westwood, 48, could not help but turn on the waterworks after his horse Yorkhill won at 66-1 last year.

Truth be told though, that was just one of many victories that have helped the former world No1 amass a fortune from the racecourse.

Westwood, competing at The Open at Royal St George’s this week, is a racing fanatic.

And he is a shrewd operator, turning older horses into champions and landing some monster bets of his own.

Westy – who recently told SunSport of the surreal moment a pilot requested he join him in the cockpit of a plane – made headlines at Cheltenham Festival 2019 when he won £48,000 from a £240 punt.

He put seven selections in a Super Heinz [consisting of 120 bets] – and amazingly only one of them failed to win.

City Island won the first at odds of 8-1 on the second day of the festival two years ago.

Topofthegame came in at 7-1, with Killultagh Vic the only let down in the third race.

The golfer posted his slip to Instagram and wrote: “Boom. I love Betfair.”

Amazingly that giant win came just a year after he pocketed £22,000 from another winning bet at Cheltenham.

Westy scooped the top prize from the Tote jackpot after picking the first six winners on the first day.

He also got the winner in the seventh race, before returning the following day and getting the winners in the first two there as well, for a simply crazy nine-race winning run.

The dad-of-two said at the time: “I love my racing but this is the first time I’ve ever gone through the card, and everyone in the box was getting really excited as the winners kept coming in.

“I gave a few people the winner of the first race, Summerville Boy, at 9-1, and they kept coming back to me to see what I was on in the next. So we all made a few quid.

“I was getting sweaty palms by the time of the sixth race. But my two selections, Rathvinden and Ms Parfois, jumped the last a long way clear of the rest, and once they got over it safely I knew I was in the money!”

Westwood, whose wife Helen is his caddy, was part of The Masters Syndicate who owned Augusta Kate from 2015-18.

More recently he has teamed up with Dave Armstrong.

The pair’s most memorable moment came when their ‘terrible’ horse romped home at 66-1, netting the golfer another £28,000 last November.

Yorkhill – a former Cheltenham Festival winner – defied the odds to win at Newcastle, with a quarantining Westwood watching from just up the road.

He went on Facetime live on ITV to celebrate the win, cracking open the bubbly and posting on Twitter: “Crying and lost my voice shouting at the tv. Class is permanent!”

Westwood, who of course had a flutter on the outsider of the whole field, said after the win: “Fifteen minutes down the road and I’m not allowed to go because I’m quarantining!

“That (win) was unbelievable, wasn’t it? I’ve lost my voice shouting.

“The trainer has done an incredible job. 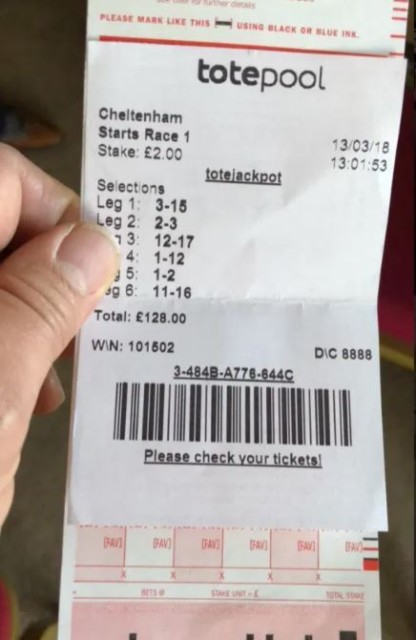 Westwood won £22,000 after picking the winner in all these races at Cheltenham in 2018 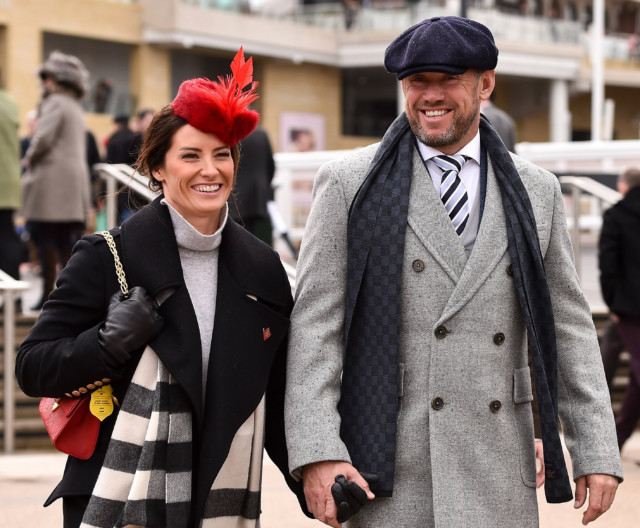 The golfer, here with wife and caddy Helen, absolutely loves his racing

“He’s a class horse and he never goes away. He just needed handling the right way. Showed some guts there.

“I don’t know what my heart rate went to but it went a lot higher than having to hole a putt!”

The golfer now has his own syndicate with Michael and David Easterby, with three horses who will run on the flat this year and next.

It’s a shame Westwood’s quest for a first Major on the course has fallen at the final hurdle a few times in recent years.

But just like his horses, don’t bet against it happening this week.